While 82 percent of respondents believe the IT security industry is making progress against cyber attacks, those gains are undercut by egregious security practices in critical areas such as privileged account security, third-party vendor access and cloud, according to CyberArk. 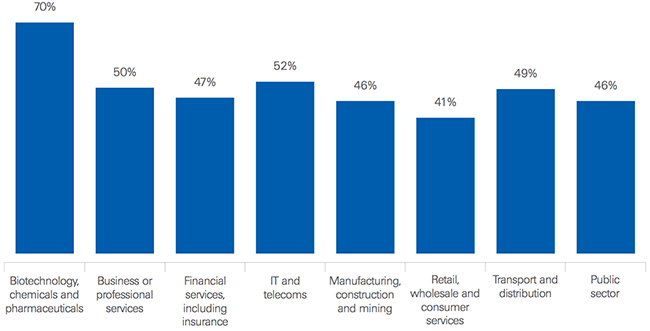 79 percent state their organization has learned lessons from major cyber attacks and has taken appropriate action to improve security.

55 percent of respondents state their organization has changed or evolved processes for managing privileged accounts. Despite this, 40 percent of organizations still store privileged and admin passwords in a Word document or spreadsheet, while 28 percent use a shared server or USB stick.

49 percent of organizations allow third-party vendors (such as supply chain and IT management firms) remote access to their internal networks. While the majority of respondents secure and monitor that access, the public sector has the least third-party vendor access controls in place compared to other industries, with 21 percent not securing and 33 percent not monitoring that activity.

Striking a balance between fear and overconfidence

Organizations are increasingly adopting a post-breach mindset, preparing to deal with ongoing cyber attacks and activity in the case of a breach. This preparedness is leading to positive steps in post-breach planning, but concerns exist about how overconfidence may affect the ability to protect against cyber attacks.

Three out of four IT decision makers now believe they can prevent attackers from breaking into their internal network – up from 44 percent in 2015.

82 percent of respondents believe the security industry in general is making progress against cyber attacks. 17 percent believe the industry is falling further behind. Nearly every organization (95 percent) has a cybersecurity emergency response plan. This preparedness is undermined by a lack of communication and testing – only 45 percent communicate and regularly test their plan with all IT staff.

68 percent of organizations cite losing customer data as one of their biggest concerns following a cyber attack.

When identifying the most difficult stage of a cyber attack to mitigate, malware installation ranked first (41 percent), followed by privileged account takeover (25 percent).

In the next 12 months, what types of cyber attacks or tactics do you think are the number one concern for your organization?

As cyber attacks continue on trusted institutions such as government, utilities and financial systems, respondents identify what types of cyber attacks or tactics are most concerning. Respondents also share which cyber attack scenarios they think represent the most immediate and potentially catastrophic threat in general.

Attacks on financial systems, including disruption of global markets (58 percent) is the most potentially catastrophic threat perceived by respondents, followed by attacks causing massive utilities damage (55 percent) and those impacting civil services such as healthcare and hospital services (51 percent).

The impact of a breach on customer data and corporate accountability

The survey found a varied global picture in terms of preparedness for increased regulatory oversight and the impact on cyber security programs and accountability.

While 70 percent of global respondents agree that the threat of legal action and fines influence the level of executive/board involvement in security-related decisions, 22 percent of the respondents do not incorporate compliance fines or legal fees (19 percent) into the cost of a breach.

Nearly seven in ten (69 percent) respondents state that, in response to a breach or cyber attack, stopping the breach/removing the attackers is among their top priorities, followed by detecting the source of the breach (53 percent).