DDoS attack volume has remained consistently high and these attacks cause real damage to organizations, according to Neustar. The global response also affirms the prevalent use of DDoS attacks to distract as “smokescreens” in concert with other malicious activities that result in additional compromise, such as viruses and ransomware.

Neustar collected responses from more than 1,000 information security professionals, including CISOs, CSOs and CTOs to determine how DDoS attacks are impacting their organization and how they are mitigating the threat. Key findings include:

DDoS attacks are time-consuming and expensive 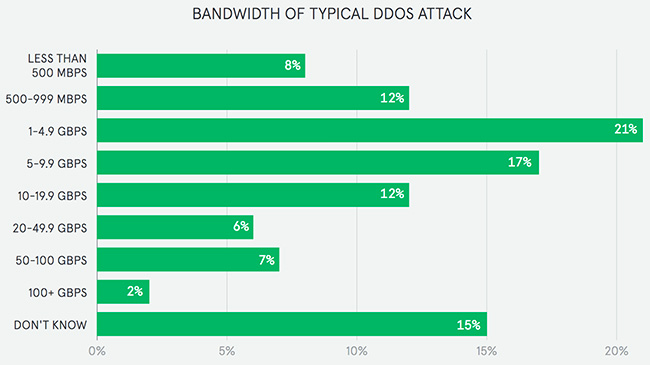 “Organizations should be concerned that DDoS attacks are growing increasingly sophisticated and relentless, frequently serving as the first stage of a multi-stage attack against an organization’s infrastructure,” said Rodney Joffe, Senior Vice President and Senior Technologist for Neustar. “There is a silver lining: as public attention is driving urgency to improve DDoS protection capabilities, organizations are increasingly realizing that having a DDoS mitigation solution in place is a requirement to keep your organization protected when a DDoS attack occurs.”