The development of the market for stolen data and related hacking skills indicate that the business of cybercrime in the healthcare sector is growing, according to Intel Security. 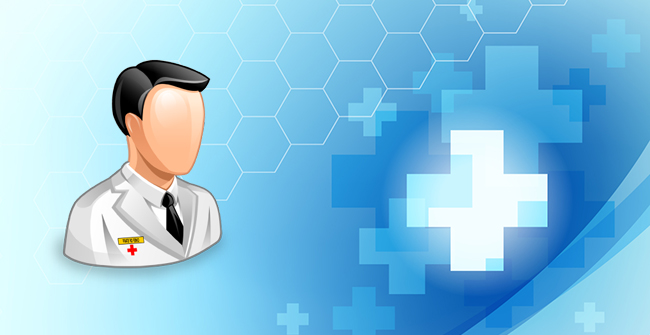 “In an industry in which the personal is paramount, the loss of trust could be catastrophic to its progress and prospects for success,” said Raj Samani, Intel Security’s CTO for Europe, the Middle East, and Africa. “Given the growing threat to the industry, breach costs ought to be evaluated in the Second Economy terms of time, money, and trust—where lost trust can inflict as much damage upon individuals and organizations as lost funds.”

The value of stolen medical records

Intel Security found that the price per record for stolen medical records remains lower than financial account records and retail payment account information, despite the increasingly time-sensitive, or perishable, nature of data such as credit and debit card numbers.

In recent years, Intel Security has observed the cybercriminal community extend its data theft efforts beyond financial account data to medical records. Although credit and debit card numbers can be canceled and replaced quickly, this is not the case for protected health information (PHI) that does not change.

This “nonperishable” PHI could include family names, mothers’ maiden names, social security or pension numbers, payment card and insurance data, and patient address histories. But, though this dynamic has led to industry speculation that the price per medical record could soon rise to rival or even eclipse that of financial account or payment card data, Intel Security’s 2016 research did not illustrate such price-point movement.

The findings suggest financial account data continues to be easier to monetize than personal medical data, which could require an investment that financial payment data does not require. Upon stealing a cache of medical records, it is likely cybercriminals must analyze the data, and perhaps cross-reference it with data from other sources before lucrative fraud, theft, extortion, or blackmail opportunities can be identified. Financial data, therefore, still presents a faster, more attractive return-on-investment (ROI) opportunity for cybercriminals.

“Liquidity trumps longevity in the race to monetize stolen data,” said Raj Samani, Intel Security’s CTO for Europe, the Middle East, and Africa. “If I steal a million credit or debit card numbers, I can quickly sell this digital merchandise before banks and retailers discover the theft and cancel these numbers. Alternatively, a million medical records contain a rich cache of permanent PHI and personal histories, but such data requires a greater investment of time and resources to exploit and monetize it.”

The research also investigated the targeting of biotechnology and pharmaceutical firms for their intellectual property and business confidential information. The researchers suggest that the economic value of such information is considerably higher than the cents-per-record data Intel Security’s researchers identified within patients’ healthcare accounts.

Researchers found evidence that formulas for next-generation drugs, drug trial results, and other business confidential information constitutes significant value. The stores of such data at biopharmaceutical companies, their partners, and even government regulators who are involved in bringing new drugs to market have become a premium target of cybercriminals.

“Corporate espionage has gone digital along with so many other things in our world,” Samani said. “When you consider that research and development is a tremendous expense for these industries, it should be no surprise that cybercriminals are attracted to the ROI of this category of healthcare data theft.”

The economics of Cybercrime-as-a-Service

Intel Security also identified cybercriminals leveraging the cybercrime-as-a-service market to execute their attacks on healthcare organizations. Researchers found evidence of the purchase and rental of exploits and exploit kits to enable the system compromises behind health care data breaches. In one case, a relatively non–technically proficient cyber thief purchased tools to exploit a vulnerable organization, leveraged free technical support to orchestrate his attack, and then extracted more than 1,000 medical records that the service provider said could net him about $15,564.

The researchers also observed brazen efforts by cybercriminals, through online ads and social media, to recruit into their ranks healthcare industry insiders with access to valuable information.

“When a well-developed community of cybercriminals targets a less prepared industry such as healthcare, organizations within that industry tend to play catch-up to protect against yesterday’s threats, and not those of today or tomorrow,” Samani continued. “Gaining the upper hand in cybersecurity requires a rejection of conventional paradigms in favor of radical new thinking. Where healthcare organizations have relied on old playbooks, they must be newly unpredictable. Where they have hoarded information, industry players must become more collaborative. Where they have undervalued cyber defense overall, they must prioritize it. In the Second Economy, if you win the ‘time’ contest with attackers, you are in a position to preserve money and trust.”