Deloitte has uncovered a shift in business priorities from “business performance” to “customers,” with 57 percent of chief information officers choosing “customers” as their top priority, compared to only 45 percent last year. “Customer” remained the top priority for eight of the 10 industries represented in the survey. 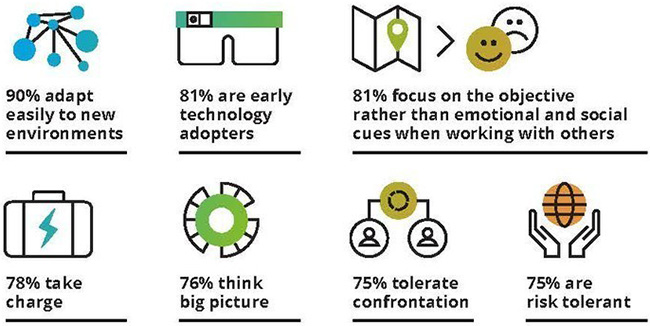 The survey results also show that three-quarters of CIOs say aligning IT to business strategy and performance goals is the top IT capability essential to success. CIOs overwhelmingly chose strategic alignment as the top IT capability essential to their successes, followed by execution of technology projects coming in second at 55 percent, and vision and strategy third (nearly 50 percent).

IT capabilities, business expectations of IT, and business priorities out of sync

The survey found that there are significant gaps between how CIOs perceive they are delivering value to the business and the business’s stated priorities and expectations.

In addition to the reported gaps in innovation, disruption and cyber security, other gaps between business priorities and IT capabilities center on components the market considers core to “digital” —specifically, customer focus and technology-enabled business growth:

Because a strong majority of CIOs share similar personality traits and working styles, the findings suggest a CIO’s “nature” – his or her inherent personality and work-style attributes – does not determine a CIO’s ability to create value. Instead, CIOs can position themselves for success by building IT capabilities and skills within their organization in response to changing business needs.

The survey also indicates there are areas of opportunity related to CIO and development of necessary skills. When asked to assess their leadership competencies – the specific skills the CIO personally brings to the table to successfully cultivate IT capabilities – in comparison to what a technology leader ideally needs to succeed in the role, gaps were exhibited in several areas. The most significant gaps were found in influencing internal stakeholders (64 percent said it was an ideal characteristic, but only 47 percent identified it as a current strength), attracting and retaining talent (48 percent ideal versus 35 percent current), and steering technology vision (71 percent ideal versus 61 percent current).

Additional findings of the survey include: