Drone popularity continues to rise rapidly as they become ever cheaper and more powerful. Easy availability and large payloads conspire to increase the potential for dangerous drone misuse – everything from industrial espionage to drug and weapon smuggling to terrorist attacks. 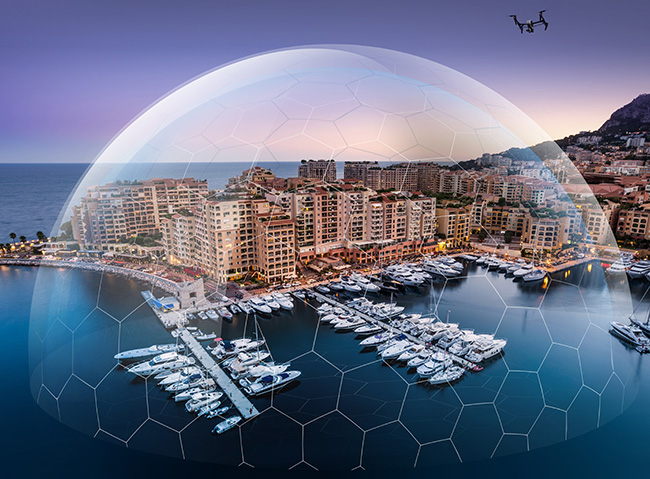 Such imminent threat demands comprehensive countermeasures. “Over the last few months, Deutsche Telekom has extensively evaluated and thoroughly tested equipment from the most important manufacturers of drone detection and defense systems. We are bundling the best of the technologies under the control of lead partner Dedrone for our Magenta Drone Protection Shield,” explains Dirk Backofen, soon-to-be head of Telekom Security.

Deutsche Telekom will provide all services – from sales, project planning, and installation through management of the system. Project prices start at 30,000 Euro. In the coming weeks, Deutsche Telekom will install Dedrone technology at two of its own properties to secure them against drone intrusions.

DroneTracker, developed by Dedrone in Kassel, is the key system that detects drones automatically by means of various sensors – such as video cameras, radio frequency scanners, and microphones – and repels them if necessary. At its core is smart software that is able to distinguish drones from birds, helicopters, and other flying objects safely, and even to recognize specific drone models. 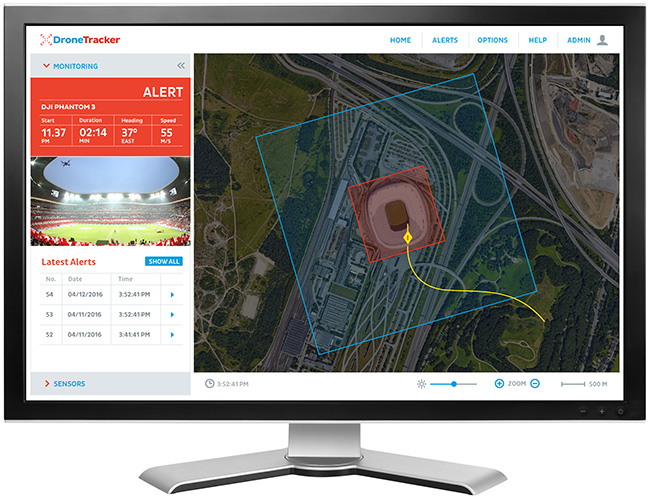 DroneTracker is a modular system that can be integrated into customers‘ existing security systems. Open interfaces can be used to connect sensors from other manufacturers, including radar from Airbus or Robin Radar, Rohde & Schwarz radio frequency scanners, and Squarehead Technology microphone arrays. This flexibility allows design of optimal coverage for different areas and buildings.

As soon as DroneTracker detects a drone, it alerts security forces. They can immediately take protective measures and, for example, bring people to safety, seize drones or dropped objects, or block views of sensitive information. Where laws and regulations permit, jamming transmitters such as those from HP Wüst can be used to bring down the drone.