The Anti-Phishing Working Group (APWG) observed that 2016 ended as the worst year for phishing in history. The total number of phishing attacks in 2016 was 1,220,523. This number represents the highest ever recorded, and fully a 65 percent increase over 2015. 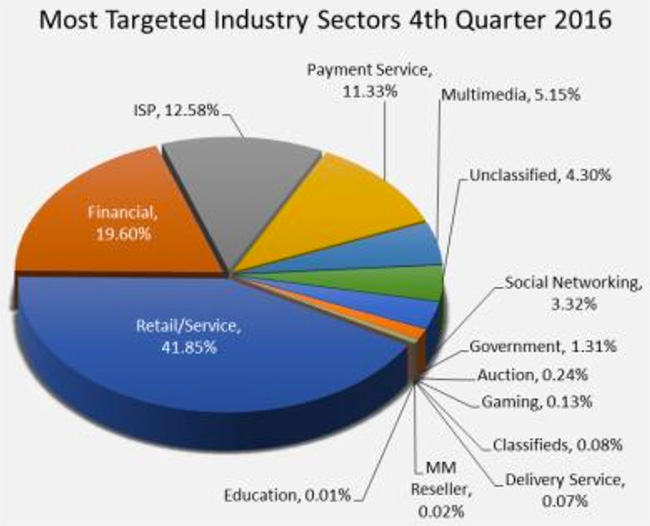 “Phishing is an attack that relies primarily on fooling people, rather than highly sophisticated technical implementations,” said APWG Senior Research Fellow and iThreat VP Greg Aaron. “For that reason, phishing remains both popular and effective. Also, the APWG’s numbers for 2106 just measure broad-based attacks against consumer brands. The numbers don’t attempt to catalog spear-phishing, which is highly targeted phishing that targets only a few specific people within a company. Truly, phishing is more pervasive and harmful than at any point in the past.”

“Criminals are re-inventing themselves all the time,” said Fabio Ramos, CEO of Axur. “We’ve seen a decrease in the numbers of regular phishing attacks – and an increase in other methods of fraud, such as malware fake services advertised through social media platforms.” 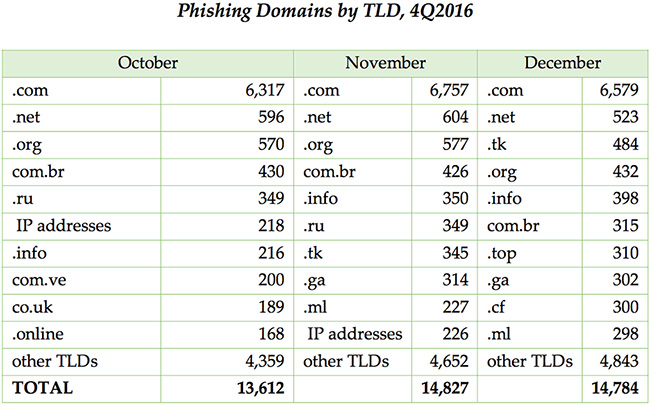 “A relatively low percentage of phishing websites targeting a brand attempt to spoof that brand in the domain name—whether at the second-level or in the fully-qualified domain name,” says Jonathan Matkowsky, VP for intellectual property & brand security at RiskIQ. This is evidence that phishers do not need to use deceptive domains names to fool Internet users into visiting their sites.