Mature development organizations ensure automated security is woven into their DevOps practice, early, everywhere, and at scale, according to Sonatype. 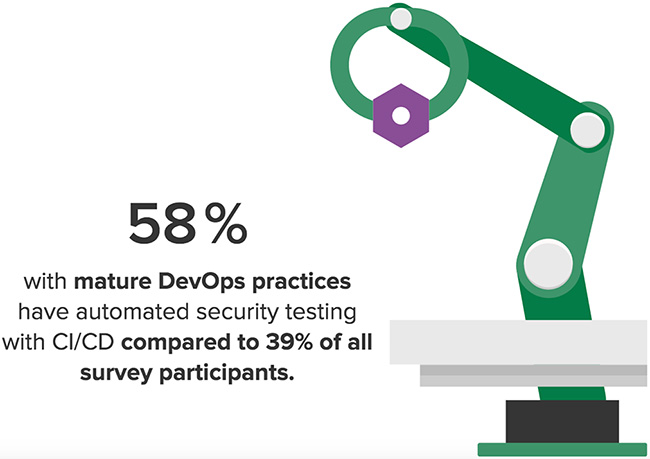 The adoption of DevOps around the world is evidenced by 67% of survey respondents describing their practices as very mature or of improving maturity.

Where traditional development and operations teams see security teams and policies slowing them down (47%), DevOps teams have discovered new ways to integrate security at the speed of development. Only 28% of mature DevOps teams believe they are being slowed by security requirements.

42% of mature DevOps organizations perform application security analysis at every stage of the software delivery lifecycle (SDLC). This number shrinks to just 27% when all survey respondents are counted.

“In a waterfall-native world, traditional application security approaches are bolted-on late in the lifecycle, performed manually, and can take hours to days to receive feedback. In DevOps-native worlds where SDLC stages shrink to absurdly short windows, old world technologies won’t be able to cross the chasm into this high-velocity realm,” said Tyler Shields, Vice President at Signal Sciences.

As evidenced by this year’s survey results, organizations everywhere are now transforming their development from waterfall-native to DevOps-native tools and processes,” said Wayne Jackson, CEO, Sonatype. “Along the way, they are coming to grips with one simple fact: DevOps is not an excuse to do application security poorly; rather it is an opportunity to do application security better than ever.”