Are you currently hosting your security operations in the cloud? 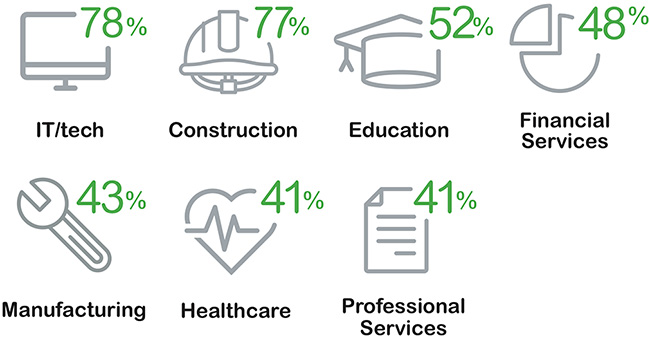 Organizations utilize the cloud for existing applications including data storage, human resources, email and security, and are eager to continue adopting it for security operations. Fifty seven percent of respondents believe the cloud is secure, with IT and technology professionals having the most confidence (78 percent), followed by education (70 percent), construction (68 percent) and financial services (52 percent). However some skeptics remain, with 18 percent of respondents indicating they do not trust the cloud.

Nearly three-fourths of respondents said network security is an important feature for security systems in their organizations. While the state of security continues to advance, respondents indicate security systems aren’t where they should be in order to adopt emerging technologies (54 percent), and despite business leaders being supportive of emerging technology (95 percent), many barriers to adoption exist.

Organizational/administrative barriers such as procedures, lack of perceived value and ROI were the top barriers identified that are inhibiting organizations from achieving their security goals. 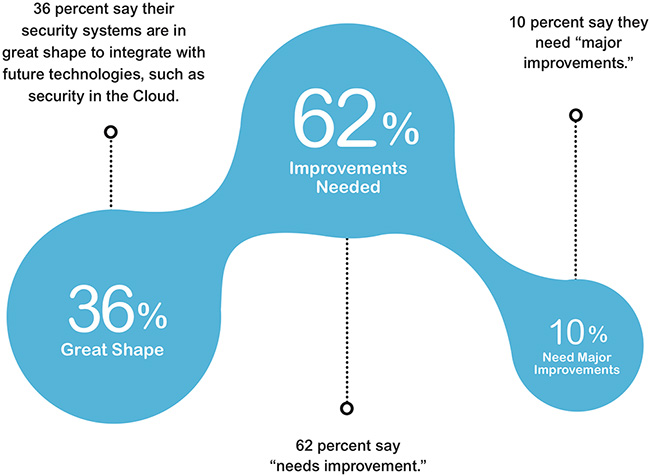 “Leveraging the cloud for security applications is becoming increasingly accepted – and required – as we move into a 24/7 digital world,” said Steven Turney, Security Program Manager, Schneider Electric. “Especially for companies where security management improvements are imminent, it makes sense to consider innovation at every level of their organization to meet their security needs. As businesses are required to be more agile, the cloud helps to unify and simplify security measures so an organization’s data, people and assets are constantly protected.”