The number of records compromised grew a historic 566 percent in 2016 from 600 million to more than 4 billion.

These leaked records include data cybercriminals have traditionally targeted like credit cards, passwords and personal health information, but IBM X-Force also noted a shift in cybercriminal strategies. In 2016, a number of significant breaches related to unstructured data such as email archives, business documents, intellectual property and source code were also compromised. 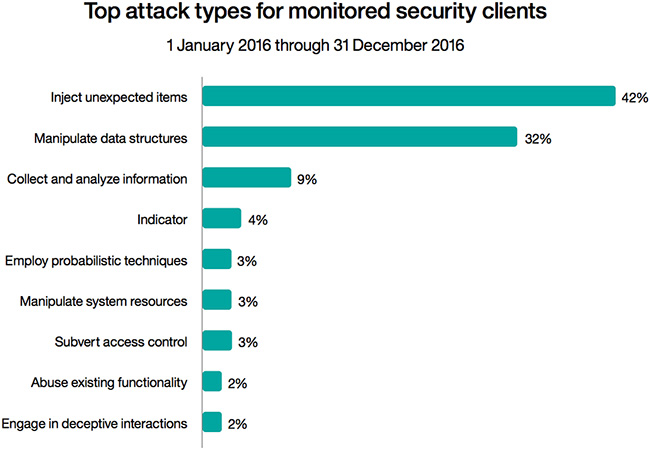 The IBM X-Force Threat Intelligence Index is comprised of observations from more than 8,000 monitored security clients in 100 countries and data derived from non-customer assets such as spam sensors and honeynets in 2016. IBM X-Force runs network traps around the world and monitors more than eight million spam and phishing attacks daily while analyzing more than 37 billion web pages and images.

“Cybercriminals continued to innovate in 2016 as we saw techniques like ransomware move from a nuisance to an epidemic,” said Caleb Barlow, VP of Threat Intelligence, IBM Security. “While the volume of records compromised last year reached historic highs, we see this shift to unstructured data as a seminal moment. The value of structured data to cybercriminals is beginning to wane as the supply outstrips the demand. Unstructured data is big-game hunting for hackers and we expect to see them monetize it this year in new ways.”

Spam surges on back of ransomware

In a separate study last year, IBM Security found 70 percent of businesses impacted by ransomware paid over $10,000 to regain access to business data and systems. In the first three months of 2016, the FBI estimated cybercriminals were paid a reported $209 million via ransomware. This would put criminals on pace to make nearly $1 billion from their use of the malware just last year.

Shift from healthcare back to financial services

In 2015, Healthcare was the most attacked industry with Financial Services falling to third, however, attackers in 2016 refocused back on Financial Services. While Financial Services was targeted the most by cyber-attacks last year, data from the X-Force report shows it was only third in compromised records. The lower success rate versus the high volume of attacks in Financial Services indicates that continued investment in sustained security practices likely helped protect financial institutions. 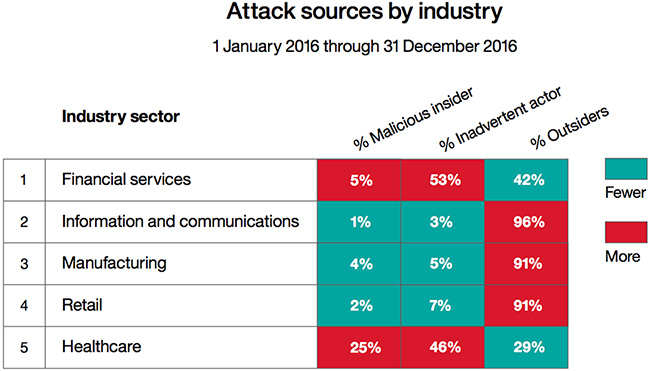 Information and communication services companies and government experienced the highest number of incidents and records breached in 2016.

The average IBM monitored security client organization experienced more than 54 million security events in 2016—only three percent more events than 2015. This was marked by a 12 percent decrease year-over-year in attacks. As security systems are further tuned and new innovations like cognitive systems grow, the number of incidents overall dropped 48 percent in 2016.