Cybercriminals revealed new levels of ambition in 2016 – a year marked by extraordinary attacks, including multi-million dollar virtual bank heists and overt attempts to disrupt the U.S. electoral process by state-sponsored groups, according to Symantec’s Internet Security Threat Report (ISTR), Volume 22. 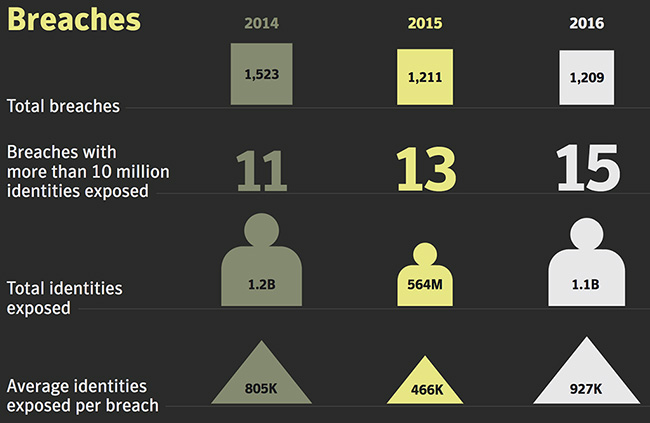 “New sophistication and innovation are the nature of the threat landscape, but this year Symantec has identified seismic shifts in motivation and focus,” said Kevin Haley, director, Symantec Security Response. “The world saw specific nation states double down on political manipulation and straight sabotage. Meanwhile, cyber criminals caused unprecedented levels of disruption by focusing their exploits on relatively simple IT tools and cloud services.”

Subversion and sabotage attacks emerge at the forefront

Cybercriminals are executing politically devastating attacks in a move to undermine a new class of targets. Cyber attacks against the U.S. Democratic Party and the subsequent leak of stolen information reflect a trend toward criminals employing highly-publicized, overt campaigns designed to destabilize and disrupt targeted organizations and countries.

While cyber attacks involving sabotage have traditionally been quite rare, the perceived success of several campaigns – including the U.S. election and Shamoon – point to a growing trend to criminals attempting to influence politics and sow discord in other countries.

A new breed of attackers revealed major financial ambitions, which may be an exercise to help fund other covert and subversive activities. Today, the largest heists are carried out virtually, with billions of dollars stolen by cybercriminals. While some of these attacks are the work of organized criminal gangs, for the first time nation states appear to be involved as well. Symantec uncovered evidence linking North Korea to attacks on banks in Bangladesh, Vietnam, Ecuador and Poland.

“This was an incredibly audacious hack as well as the first time we observed strong indications of nation state involvement in financial cybercrime,” said Kevin Haley, director, Symantec Security Response. “While their sights were set even higher, the attackers stole at least US$94 million.”

In 2016, Symantec saw cybercriminals use PowerShell, a common scripting language installed on PCs, and Microsoft Office files as weapons. While system administrators may use these common IT tools for daily management tasks, cybercriminals increasingly used this combination for their campaigns as it leaves a lighter footprint and offers the ability to hide in plain sight. Due to the widespread use of PowerShell by attackers, 95 percent of PowerShell files seen by Symantec in the wild were malicious.

The use of email as an infection point also rose, becoming a weapon of choice for cyber criminals and a dangerous threat to users. Symantec found one in 131 emails contained a malicious link or attachment – the highest rate in five years. Further, BEC scams, which rely on little more than carefully composed spear-phishing emails – scammed more than three billion dollars from businesses over the last three years, targeting over 400 businesses every day.

Caving in to digital extortion

Ransomware continued to escalate as a global problem and a lucrative business for criminals. Symantec identified over 100 new malware families released into the wild, more than triple the amount seen previously, and a 36 percent increase in ransomware attacks worldwide.

However, the United States is firmly in the crosshairs of attackers as the number-one targeted country. Symantec found 64 percent of American ransomware victims are willing to pay a ransom, compared to 34 percent globally. Unfortunately, this has consequences. In 2016, the average ransom spiked 266 percent with criminals demanding an average of $1,077 per victim up from $294 as reported for the previous year.

Cracks in the cloud

A growing reliance on cloud services has left organizations open to attacks. Tens of thousands of cloud databases from a single provider were hijacked and held for ransom in 2016 after users left outdated databases open on the internet without authentication turned on.