While 78 percent of CIOs say their mainframe is more secure than other systems, 84 percent say they are still exposed to a significant risk of insider threats due to blind-spots in internal data access and controls. 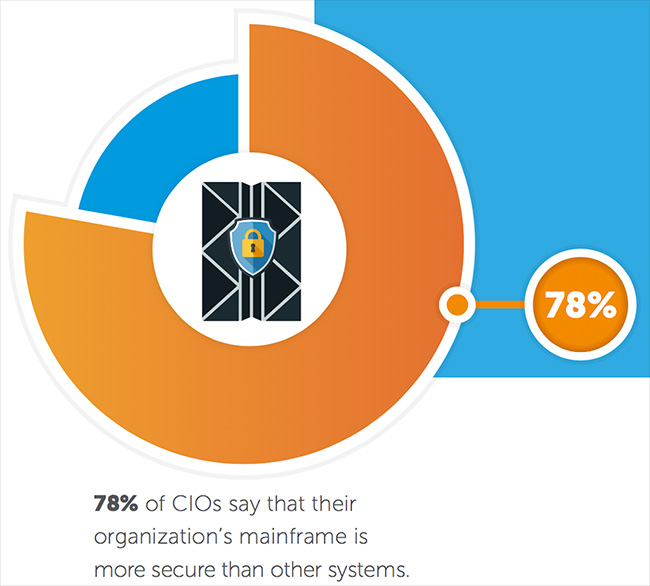 The survey was conducted by Vanson Bourne, and administered in April to 400 CIOs at large companies covering a cross-section of vertical markets in France, Germany, Italy, Spain, the UK and the U.S.

“The mainframe has always been the most securable platform in the enterprise; which is why organizations continue to entrust their most sensitive data to it,” said John Crossno, product manager, Compuware. “However, businesses still face the risk that privileged employees, or those who have acquired access illegally, will misuse mainframe data. Organizations must take steps to gain more visibility over who is accessing data and how they are using it.”

The research further revealed that the most common measures being used to overcome insider security risks include:

However, just 1 percent of organizations monitor user and database activity to tackle insider threats on the mainframe.

“Most enterprises rely solely on disparate logs and SMF data from security products such as RACF to piece together user behavior,” added Crossno. “Even those who are integrating that data into their SIEM aren’t getting the level of insight needed to identify a malicious insider. Organizations need deep insight into what data was viewed, by whom and which applications were used to access it. This can only be achieved by directly capturing complete, start-to-finish user session activity data in real time, and integrating it into a SIEM platform such as Splunk for deep analysis.”