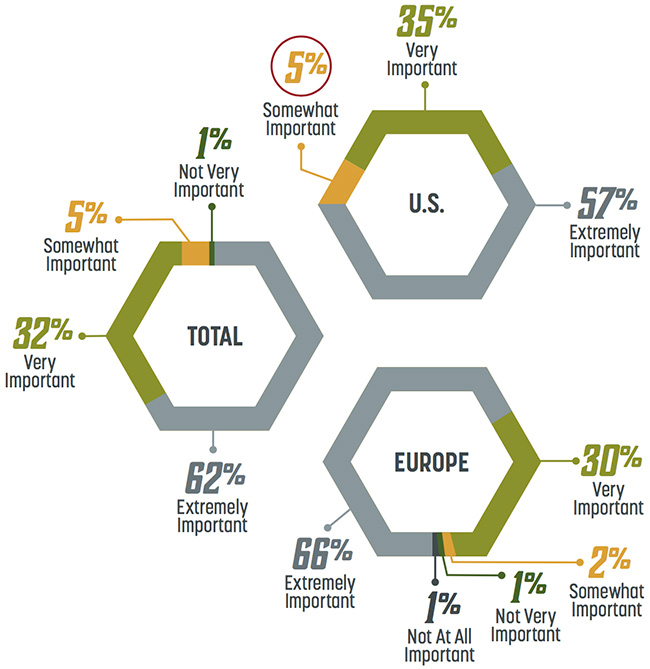 How do executives prioritize security?

Each year, Radware publishes the findings and analysis of its information security industry survey. Complementing that research is Radware’s annual executive survey. In Q2 of this year, Radware conducted a global survey of C-suite executives. The goal: to understand their greatest business concerns; evolving and preferred technological and staffing techniques for preparedness; compliance with and desired oversight with respect to governmental regulations and directional attitudes when pursuant to cyber security.

This year’s research revealed important global trends as well as intriguing perceptions and nuances among U.S. and European executives. Among the findings of the 2017 executive survey:

This year’s executive survey supports the assertion that security automation has now reached an inflection point—with about four in five (81%) of the executives reported having already or recently implemented more reliance on automated solutions. Some 57% of executives report trusting automated systems as much or more than humans to protect their organizations. Two in five (38%) executives indicated that within two years, automated security systems would be the primary resource for managing cyber security.

“Businesses have to fight fire with fire,” said Carl Herberger, Vice President of Security Solutions at Radware. “Today’s threat actors continue to build highly automated and adaptive tools, like the Marai and Hajime botnets. These attacks can wreak catastrophic damage to a network. Executives that aren’t yet fighting these new dynamic threats with continuously adaptive attack detection and mitigation capabilities are putting their organization at risk.”

Security is a board-level concern

The majority of respondents (85%) said that security threats are a CEO- or board-level concern in their company. Among all respondents, 94% told us that security is an extremely or very important priority. About three in five (62%) rate it “extremely important,” marking a slight increase from last year, when just 53% did so.

Security is a main driver for digital transformation

This year’s survey respondents affirmed that their organizations are actively integrating digital technologies—and that cyber security is the number-one driver of their digital transformation. Nearly half of all executives (47%) cited improving information security as a major goal of their digital transformation. What’s more, for three-quarters of organizations, cyber-security considerations were critical in shaping decisions to transform aspects of the business to digital.

The next likely targets

Executives believe that the biggest security threats in the next three to five years are network infrastructure (27%) followed by Internet of Things (IoT) (22%) devices and Energy/Power Infrastructure (21%). 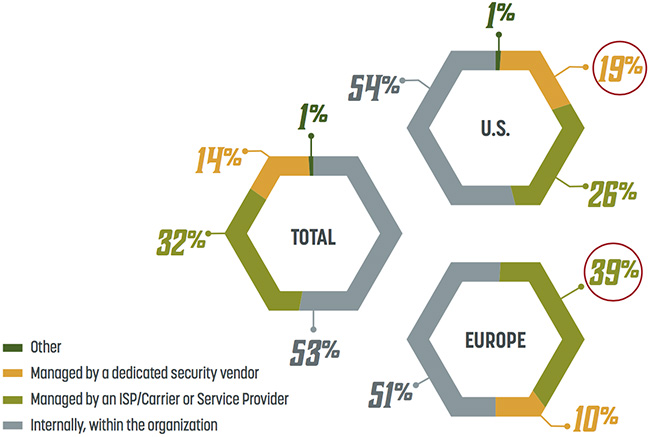 Executives’ biggest concern during a cyberattack? Their customers

Chief among executives’ worries about cyber-attacks is a negative customer experience, which 39% of executives ranked as the top impact to their business from a security threat. Brand reputation loss (36%) was close behind, followed by operational and customer loss (both 29%) and revenue loss (34%).

“Executives are scrutinizing the gaps in their security like never before, taking a more active approach to defending their customer experience and avoiding the brand damage that hackers can cause,” said Anna Convery-Pelletier, Chief Marketing Officer at Radware. “Today’s educated consumer is keenly aware of security – as customer experience is now closely tied with reputation management and data protection. Consumers therefore use these critical parameters as the basis for their decision to do business with a company.”

European executives are more likely to hire ex-hackers than their U.S. counterparts