Google has announced the rollout of new anti-phishing checks for the iOS Gmail app: in less than two weeks, all users will be confronted with two warnings if they attempt to follow a suspicious link from within the app.

The first one is a pop-up, warning generally about untrusted nature of the site they are attempting to visit: 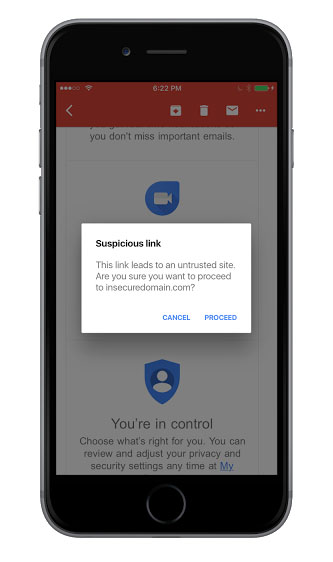 If they choose to dismiss the warning and proceed, another warning will provide more specific information about the suspected malicious site: 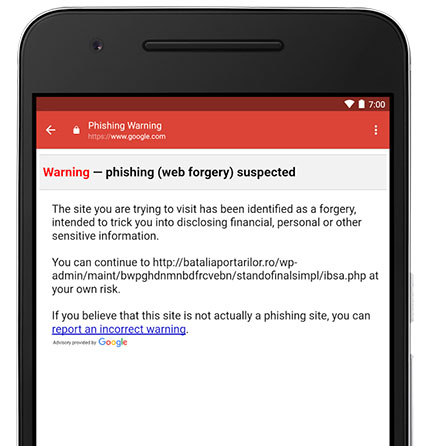 These include delayed email delivery to perform additional checks based on the real-time, last-minute updates to the company’s spam filter and Safe Browsing technology, and a longer and more effort-intensive user app approval process, which aims to reduce the risk of potentially malicious apps gaining control of users’ Google account.