Approximately 25% of insider threats are hostile with the remaining 75% due to accidental or negligent activity, according to NTT Security. 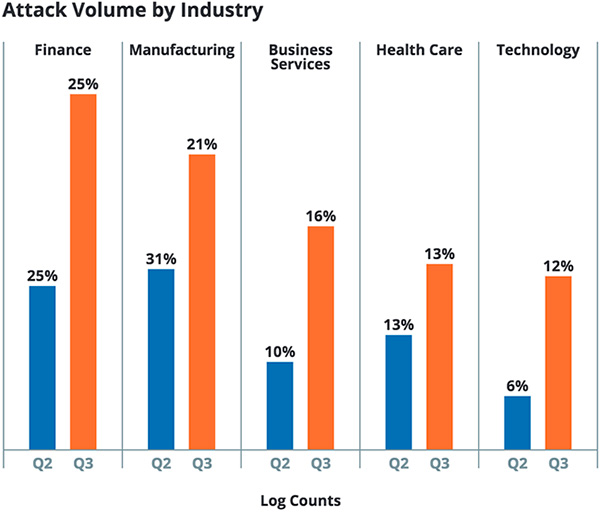 This graph represents the top targeted industries based on attack volume in comparison to Q2’17. Percentages represent the overall attack volume per industry in that quarter.

“Whether it’s an accidental insider threat, where an employee sends sensitive documents to a competitor‘s email or a negligent insider threat, where an employee downloads unauthorized software and spreads a virus through the company, organizations must have a cybersecurity plan in place to minimize these risks,” said Steven Bullitt, Vice President Threat Intelligence & Incident Response, GTIC, NTT Security.

“The GTIC Quarterly Threat Intelligence Report documents that in instances when organizations do not have a proactive cybersecurity plan in place, the consequences can be devastating. In fact, NTT Security has seen damages due to insider breaches reach more than $30 million USD. Even in organizations that have well-defined incident response plans, they often don’t provide adequate remediation provisions for insider breaches, leaving the organization less prepared to react quickly.“ 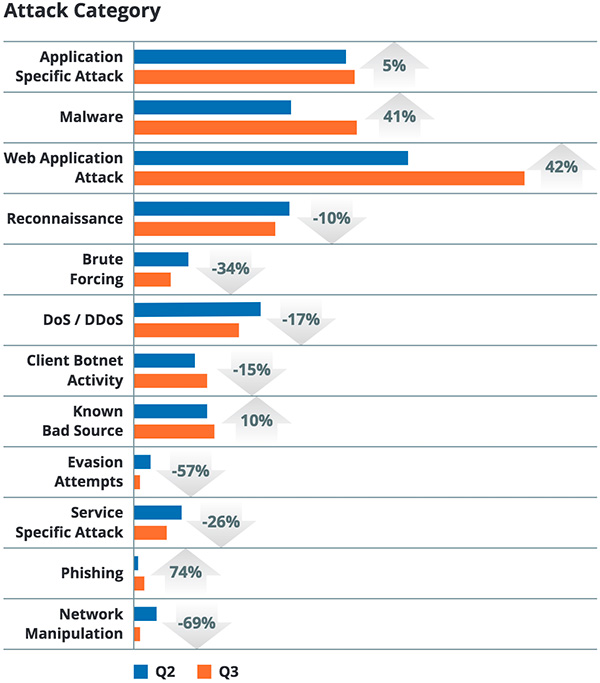 This graph represents the attack volume differences for attack categories across all industries between Q2 ’17 and Q3 ’17.

A summary of other key findings in the Q3 GTIC Quarterly Threat Intelligence Report include: