Late last week, the Croatian police executed a coordinated raid on two houses where 59 individuals were confined and forced into defrauding Chinese and Taiwanese computer and smartphone users through a police-ransom-type-of-scheme. 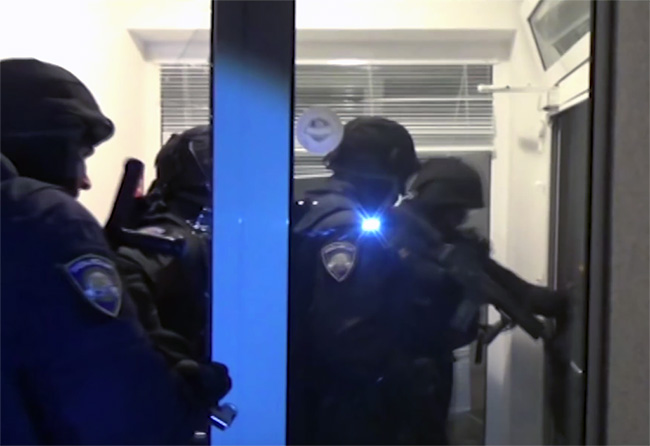 According to an announcement by the Croatian Ministry of the Interior, the raids were the result of a months-long joint investigation with the Slovenian National Police and a collaboration with the People’s Republic of China’s police force.

The 59 individuals – mostly from Taiwan – were lured first to Slovenia with promises of a legal job and help in paying back debts/solving their financial problems.

When they arrived, the traffickers took their passports and cell phones, forbade them to leave the house, and threatened bodily harm to them and their families if they did not do as they were told.

The group was first confined to rented houses in Slovenia, where they had the bare minimum of amenities like beds and food. After a while, though, the captives were transferred to Croatia, into two rented houses in the greater Zagreb area.

The houses housed makeshift call centers, with an Internet connection and computers, which the captives used to contact the victims.

They would pose as police officers, prosecutors, and judges, and would try to convince the randomly contacted targets that they had illegal content on their devices and were breaking the law. Then they would offer the targets the possibility of getting that content deleted and charges dropped if they pay a stipulated sum.

According to the latest reports, the Chinese government is requesting that Slovenia extradite the four to China and not Taiwan because, according to its One-China policy, it considers Taiwan to be part of China, and because in Taiwan the penalties for this type of fraud are too meagre to prevent other criminals from engaging in similar schemes.