Based on interviews with nearly 1,500 cybersecurity professionals over three years, Haystax Technology released a study that makes it clear that organizations are feeling the pressure from insider threats and are ramping up detection, prevention and remediation. 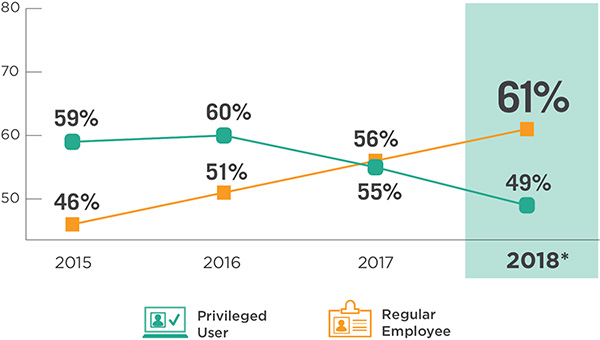 “One consistent message we heard in all of these interviews was that cybersecurity professionals don’t feel equipped to stop insider attacks, despite an increase in funding for things like better controls and training,” said Haystax CEO Bryan Ware. “I’m not surprised that so many are now using analytics, as they need actionable intelligence to proactively identify and defend against threats from both malicious insiders and negligent users.”

This will be a watershed year for insider threat, one that will require increased spending related to addressing insider threats, as well as the adoption of analytical tools to prevent, detect and remediate such attacks.