A day before the most recent exposé on Strategic Communication Laboratories (SCL)/Cambridge Analytica’s exploitation of user data syphoned out of Facebook to fuel election campaigns, Facebook finally publicly confirmed that it happened. 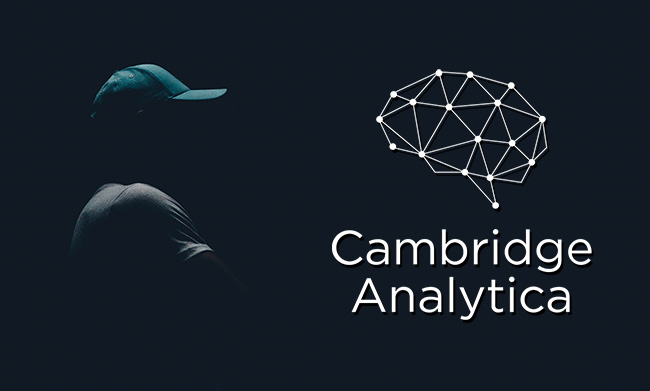 Journalists called it a breach and Facebook is claiming that the expression cannot be used in this context, as Aleksandr Kogan, the scientist that performed the harvesting, “requested and gained access to information from users who chose to sign up to his app, and everyone involved gave their consent.”

“People knowingly provided their information, no systems were infiltrated, and no passwords or sensitive pieces of information were stolen or hacked,” Paul Grewal, VP & Deputy General Counsel of Facebook, noted.

The debate is over semantics, many online commenters agreed, but Facebook hopes not calling it a breach may help them avoid consequences of not having made this information public in 2015, when they discovered that University of Cambridge professor Dr. Aleksandr Kogan passed the data from an app that was using Facebook Login to SCL/Cambridge Analytica and Christopher Wylie of Eunoia Technologies.

The feature that Kogan took advantage of has since been nixed, but Facebook ostensible efforts to make sure the collected data was deleted by everyone involved seem not to have been successful.

Facebook has since suspended SCL, Cambridge Analytica, and whistleblower Christopher Wylie from the social network.

And, in the wake of Monday’s Channel 4 News report that showed Cambridge Analytica’s executives explaining to reporters posing as prospective clients about all the unethical methods and tactics they have used or could use in election campaigns, Facebook has intensified its efforts to make sure the harvested data has been scrubbed and cannot be used any longer.

“We have hired a digital forensics firm, Stroz Friedberg, to conduct a comprehensive audit of Cambridge Analytica. Cambridge Analytica has agreed to comply and afford the firm complete access to their servers and systems. We have approached the other parties involved — Christopher Wylie and Aleksandr Kogan — and asked them to submit to an audit as well. Mr. Kogan has given his verbal agreement to do so. Mr. Wylie thus far has declined,” the company shared on Monday.

The Stroz Friedberg forensic auditors were apparently on site at Cambridge Analytica’s London office on Monday evening, but “stood down” at the request of the UK Information Commissioner’s Office, which has announced it is pursuing a warrant to conduct its own on-site investigation after Cambridge Analytica ignored its Demand for Access to records and data issued on March 7.

Many have noted that until the ICO is able to execute the warrant, Cambridge Analytica – a firm that the Channel 4 News report shows as unscrupulous – could move to destroy all potentially incriminating data. Others have expressed concern that Facebook’s auditors’s visit to Cambridge Analytica could have been made with the aim to remove information or evidence which could have been vital to the investigation.

A Cambridge Analytica spokesman said the company refutes any allegation that they or any of their affiliates use entrapment, bribes, or so-called ‘honey-traps’ for any purpose whatsoever, and that they “routinely undertake conversations with prospective clients to try to tease out any unethical or illegal intentions.”

Cambridge Analytica told the BBC that the report had “grossly misrepresented” the conversations caught on camera. “In playing along with this line of conversation, and partly to spare our ‘client’ from embarrassment, we entertained a series of ludicrous hypothetical scenarios,” the company claims.

The warrant to search Cambridge Analytica’s offices was granted to the ICO on Monday night.

Also, Channel 4 will air on Tuesday night another undercover film that apparently shows Cambridge Analytica boasting about how they won the election for Donald Trump.

Since the revelations, Facebook’s shares took a tumble, and a massive online campaign (#DeleteFacebook) urging users to delete their Facebook account took off.

Another option is not to delete the account, but to change your Facebook settings to opt out of Platform API sharing.