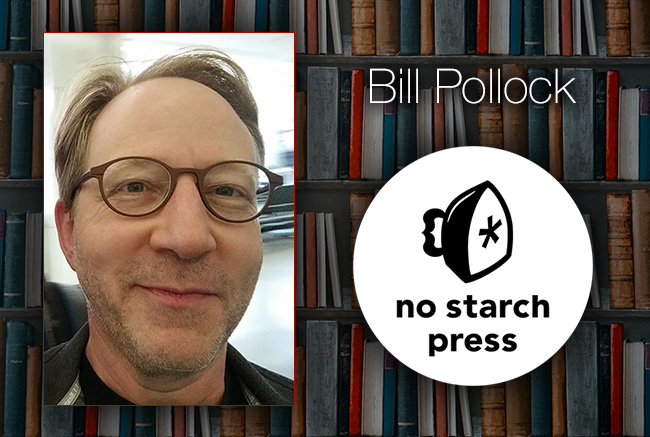 When No Starch Press founder Bill Pollock decided that his new venture would go for quality instead of quantity, he made the right choice.

“We haven’t had a down year in at least the last 23. This year who knows? I hope we’ll be up but I’m not guessing,” he told Help Net Security.

The current situation in IT publishing

Unsatisfied with the poor quality of many published titles, Pollock had been wanting to start his own publishing company since 1987. He finally did so in 1994 and has been lovingly tending it ever since.

Over the last few decades many of the titles No Starch Press published have achieved cult status, and the company became a widely respected name in the hacking and infosec community.

When Pollock first started in this business, IT books were “big, fat, and fluffy” and many were simply rewrites of manuals. But over the years and with the advent of self-publishing, many interesting titles and amazing writers popped up in the tech field, making it easy for Pollock to find them.

The thing he doesn’t like about today’s IT book business is the over-publishing. “As average unit sales have trended down, major publishers responded by printing more titles and doing less with each of them. One publisher I’m aware of is releasing around 600 ‘books’ each year. In comparison, we’ve published fifteen books in total last year and should reach just over 30 this year.”

Another thing that differentiates No Starch from many of their competitors is that they don’t do print on demand.

“We often print 5,000 copies or more of a title at a time. Each time we print though we’re taking on that additional inventory risk but we take that risk because our focus is on crafting the best product; making the best book. We still think offset printing is the way to do that,” he says. 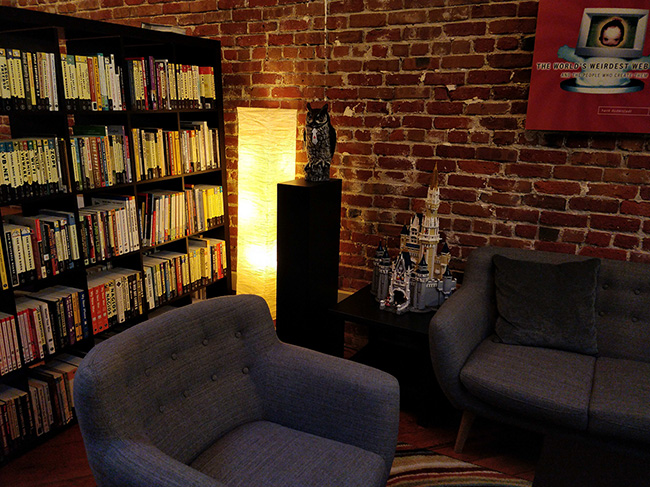 In general, the company does not publish a book unless they love it. Also, they avoid topics that change rapidly.

“We don’t publish very much on tools because tools change too quickly and we don’t like to rush,” he says. “We look for interesting, exciting topics by passionate authors, and we edit them extremely carefully. Think of us as the craft kitchen that is always working to make the new, delicious favorite.”

He bemoans the disappearance of the art of editing from much of IT/tech book publishing, but says that they are fighting against it: they are expanding their editorial group with people who can actually edit and who are given enough time to do it right.

Pollock also uses his time at hacker cons and knowledge of the infosec community and current topics to try to determine what their readers will most enjoy.

All the editors participate in the discussion of whether they will accept a new project and Pollock gauges their responses before a final decision is made.

“Do I see excitement in their replies? Or are they waffling? Do we like the topic or are we bored by it? Will our readers like the book even if we don’t? Does someone want to edit it? Do we like the author (that matters – publishing can be like a marriage)? These are all things we take into consideration when choosing the next project,” he explains.

Pollock’s looking to change the way that work flows through the editorial process.

“We’ve been a bit too loose over the years and that doesn’t work well when you’re working with a major distributor like Penguin Random House. Our challenge is to change our process internally without sacrificing quality.”

There are also other changes in the pipeline. As they plan to publish more, they need to build their editorial group to support that effort.

“We’ve grown a lot over the last few years and I never scaled our infrastructure. I’ve also learned in the last few months that we’ve been missing some key organizational pieces and a couple of key positions, like someone to handle HR and benefits,” he shares.

“I’m looking to hire a people manager right now because that can’t be me. Even if I had time to do it, I simply have too much on my plate already and I’m too intense.”

He still edits some of No Starch Press’s hacking/security/tech titles and, about a year ago, he launched the No Starch Press Foundation, which aims to educate the public about hacking and to create safe places for the hacking community.

He’s also toying with the idea of getting into video training, but he’s looking for someone to help lead that initiative. 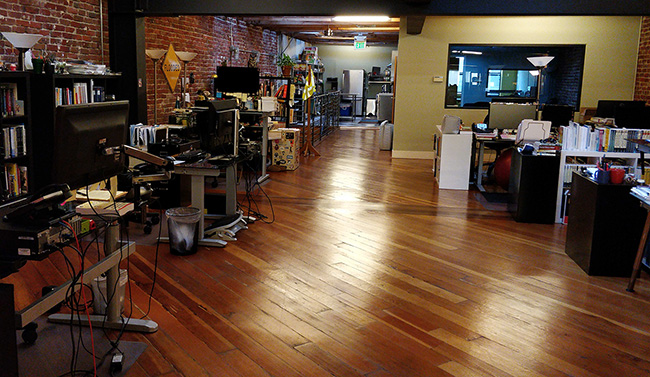 Advice from the editor

Pollock compares editing tech books to solving a puzzle, and he loves to dig into a book to try to make sense of the author’s discourse. But, naturally, there are also things he doesn’t like.

“Bullets, em-dashes (too many of them), sub-bullets (never), numbered headings (we publish books not manuals), ellipses (I delete them), using too many asides (try to integrate them), icons (ugh). I like books to read like books,” he notes.

He also advises tech book authors to define new terms when they first mention them; not to kill their readers with forward or backward references, analogies or metaphors; not to overwhelm them with code; and to keep their explanations (and book) long enough to cover the subject and short enough to keep them interesting.

“Say what you mean, clear your visuals, don’t write to arbitrary page counts, and please don’t send a chapter in unless you think it’s finished,” he urges.

For those IT professionals who have decided to write a technical book but have yet to begin he has the following pointers: “Choose a topic that you’re passionate about. Keep your reader in mind. Don’t go too narrow unless you really don’t care if your book will sell. And, finally, listen to advice but don’t always follow it.”