CrowdStrike announced the results of its global supply chain survey, Securing the Supply Chain, produced by research firm Vanson Bourne. The study surveyed 1,300 senior IT decision-makers and IT security professionals in the US, Canada, UK, Mexico, Australia, Germany, Japan, and Singapore across major industry sectors. 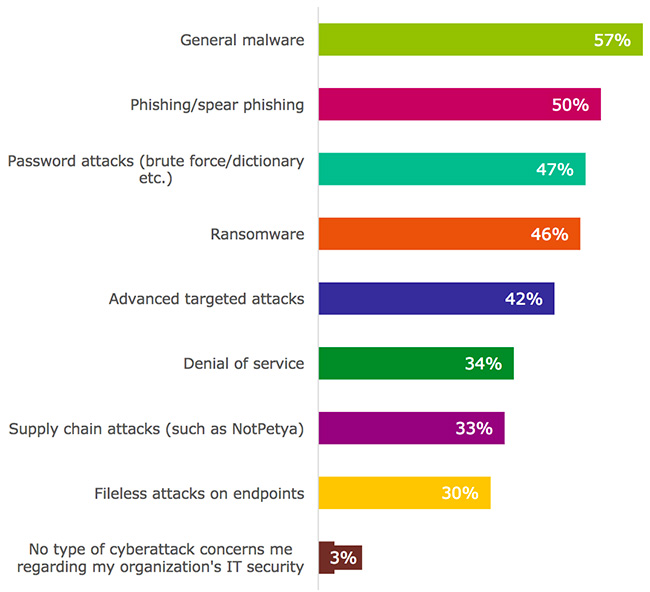 The survey concludes that although nearly 80 percent of respondents believe software supply chain attacks have the potential to become one of the biggest cyber threats over the next three years, few organizations are prepared to mitigate the risks. More specifically:

While supply chain threats can occur in every sector of the economy, the industries that mostly experience these attacks are biotechnology and pharmaceuticals, hospitality, entertainment and media, and IT services. Following last year’s NotPetya attack and with GDPR in effect, organizations are more concerned about vetting their suppliers and partners. In fact, 58 percent of senior IT decision-makers whose organization has vetted software suppliers in the past 12 months stated that they will be more rigorous when evaluating their partners, and nearly 90 percent agree security is a critical factor when making purchasing decisions surrounding new suppliers.

How important is the attribution of cyberattacks to your organization’s security strategy? 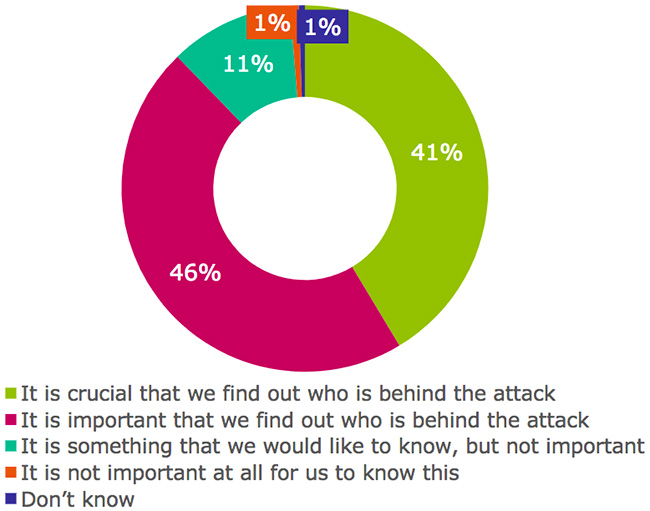 Although almost 90 percent of the respondents believe they are at risk for supply chain attack, companies are still slow to detect, remediate and respond to threats. On average, respondents from nearly all of the countries surveyed take close to 63 hours to detect and remediate a software supply chain attack, while the leading organizations aim to eject an adversary in less than two hours, also known as “breakout time,” according to prior CrowdStrike research.

However, the study indicates that organizations are looking to adopt leading approaches to breach protection such as behavioral analytics, endpoint detection and response, and threat intelligence, with three quarters of respondents using or evaluating these technologies.