Trend Micro released survey findings that show businesses are most concerned about losing customer trust in the event of an Internet of Things related cyber attack, however they remain unprepared. The survey, which was issued to 1,150 IT and security decision makers across the globe, indicates major discrepancy between the investment in IoT systems and security to protect them. 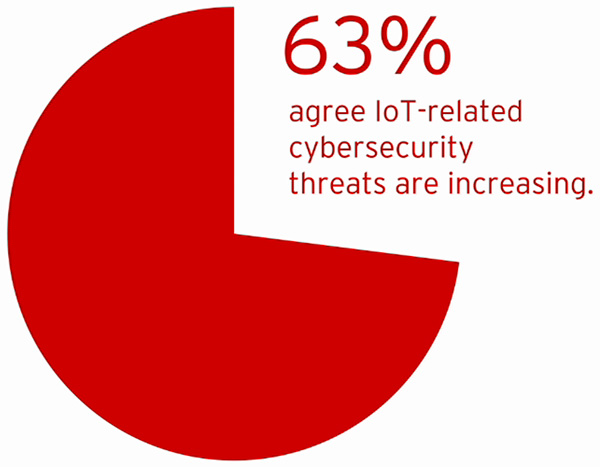 As the growing number of connected devices opens businesses up to additional cyber threats, close to half (43%) of IT decision makers and security decision makers say that security is an afterthought when implementing IoT projects (peaking at 46% in Germany). In addition, while nearly two-thirds (63%) agree that IoT-related cybersecurity threats have increased over the past 12 months (rising to 71% in the UK and the US), only about half (53%) think connected devices are a threat to their own organisation (75% in Japan).

Additionally, the results suggest there could be minimal testing taking place ahead of implementation to ensure new devices added to corporate environments are secured. The survey also showed businesses are experiencing an average of three attacks on connected devices in the last 12 months. Thirty-eight percent of those that have already implemented, or plan to implement, an IoT solution enlist security decision-makers in the implementation process.

This falls to one in three for smart factory implementation (32%), with a similar proportion enlisting the help of security teams for the roll out of smart utility (31%) and wearables (30%) projects. This suggests that a significant proportion of businesses globally could be unwittingly opening themselves up to a range of threats.

“IoT systems are the future for businesses and many new types of connected devices are being introduced to corporate networks,” said Kevin Simzer, chief operating officer, Trend Micro. “While this is beneficial for business operations, the embedded operating systems of IoT devices aren’t designed for easy patching, which creates a universal cyber risk problem. The investment in security measures should mirror the investment in system upgrades to best mitigate the risk of a breach that would have a major impact on both the bottom line and customer trust.”

According to businesses, the top consequences as a result of a breach include loss of customer trust (52%) closely followed by monetary loss (49%). Despite the recent introduction of GDPR making it top of mind for many, the following consequences were ranked significantly lower. Some of the areas businesses think an IoT breach would impact are:

With breaches having the potential for a significant impact on business operations – such as jeopardising GDPR compliance or taking critical networks offline – the research confirms that cybersecurity cannot be an afterthought and it must be key to the IoT implementation process from the offset. 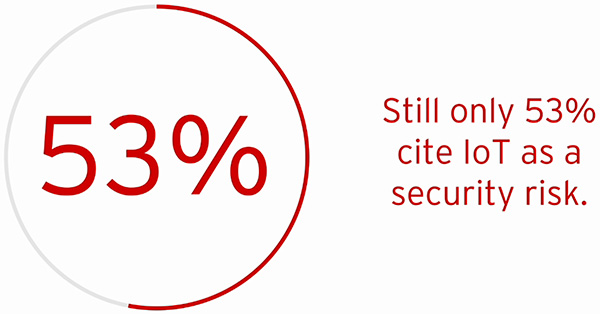 Simzer at Trend Micro continued: “The significant investment in this technology across the globe is testament to the fact that IoT solutions can bring many advantages to businesses. But if security is not baked into the design of IoT solutions, and SDMs aren’t involved in the IoT implementation process, businesses could face damages far greater than the benefits this connected tech delivers.”

The findings show significant investment is going toward IoT systems, with businesses spending over $2.5 million on average each year. Given the substantial financial investment, and the significant impact to organizations that could come from a cyber attack against these systems, security must be equally prioritized to mitigate this risk.