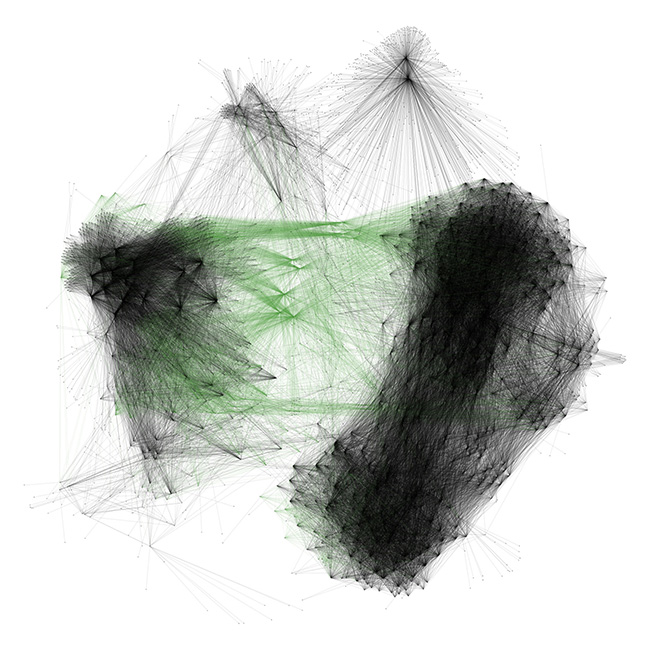 From May to July 2018, researchers collected and analyzed 88 million public Twitter accounts comprising more than half-a-billion tweets – one of the largest random datasets of Twitter accounts studied to date.

Highlights of the research include:

“Users are likely to trust a tweet more or less depending on how many times it’s been retweeted or liked. Those behind this particular botnet know this, and have designed it to exploit this very tendency,” said Data Scientist Olabode Anise.

“The bots’ attempts to thwart detection demonstrate the importance of analyzing an account holistically, including the metadata around the content. For example, bot accounts will typically tweet in short bursts, causing the average time between tweets to be very low. Documenting these patterns of behavior can also be used to identify other malicious and spam botnets.”

In response to the research, which was shared with Twitter prior to publishing, a Twitter spokesperson said that the company is aware of this form of manipulation and is proactively implementing a number of detections to prevent these types of accounts from engaging with others in a deceptive manner.

“Spam and certain forms of automation are against Twitter’s rules. In many cases, spammy content is hidden on Twitter on the basis of automated detections. When spammy content is hidden on Twitter from areas like search and conversations, that may not affect its availability via the API. This means certain types of spam may be visible via Twitter’s API even if it is not visible on Twitter itself. Less than 5% of Twitter accounts are spam-related,” the spokesperson added.

“Malicious bot detection and prevention is a cat-and-mouse game,” said Duo Principal R&D Engineer Jordan Wright. “We anticipate that enlisting the help of the research community will enable discovery of new and improving techniques for tracking bots. However, this is a more complex problem than many realize, and as our paper shows, there is still work to be done.”

Wright and Anise will present their research on Wednesday at the 2018 Black Hat USA security conference in Las Vegas. Following the presentation, they will make their research tools available on Github to enable other researchers to identify automated Twitter accounts at scale.