The frequency of DDoS attacks have once again risen, this time by 40% year on year, according to Corero Network Security. 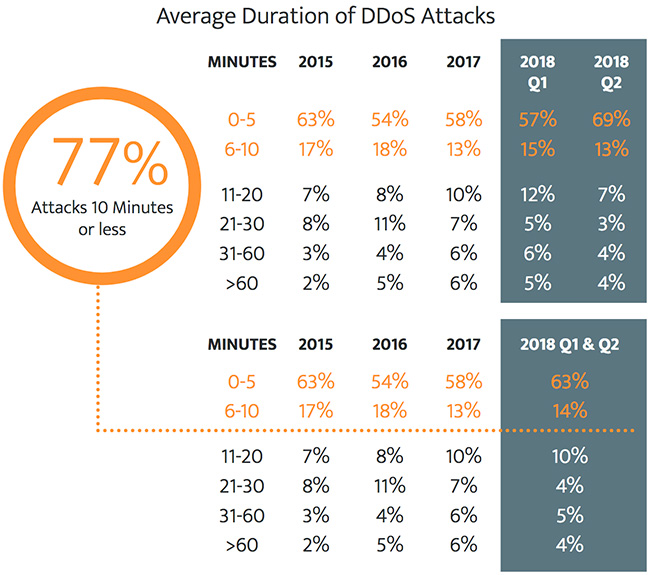 While frequency has increased, the duration of attacks decreased with 77% lasting ten minutes or less, of which 63% last five minutes or less. Perhaps more concerning is that, having faced one attack, one in five organisations will be targeted again within 24 hours.

“With Internet resilience coming down to a fraction of a second, it’s easy to see why DDoS attacks are considered one of the most serious threats to Internet availability today resulting in damage to a brand’s reputation, customer trust and revenue. As short duration attacks are much quicker – with 63% lasting under five minutes, many organisations are failing to identify that they’ve been hit by a DDoS attack. This lack of correlation with service lagging, or even failure, leaves organisations vulnerable as they’re neither successfully mitigating the attack nor the damage that is inflicted to the customer experience, affecting loyalty and ultimately causing revenue erosion,” said Ashley Stephenson, Corero’s CEO.

Other key highlights in the report are:

To keep up with the growing sophistication and organisation of well-equipped and well-funded threat actors, it is essential that organisations maintain comprehensive visibility and automated mitigation capabilities across their networks, to instantly detect and block any DDoS attacks as they arise. 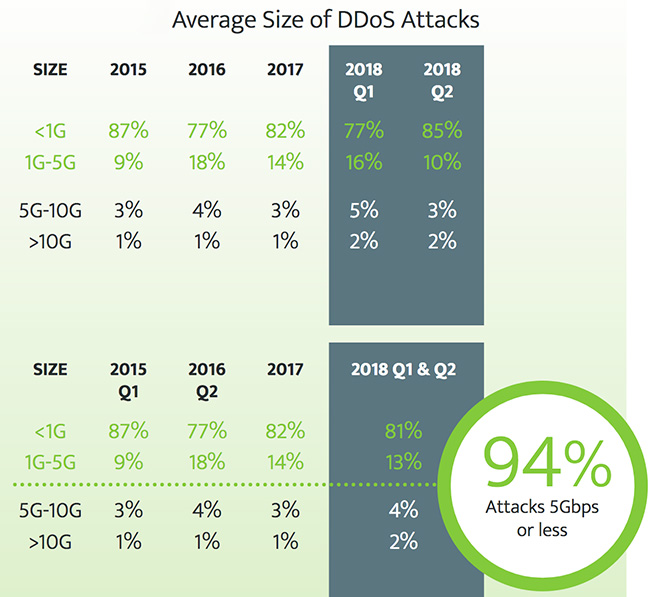 Ashley concludes, “Proactive DDoS protection is a critical element of proper cyber security against loss of service availability and data breach activity. The everyday DDoS attacks that Corero has highlighted in this report cannot be properly defeated with traditional Internet gateway security solutions such as firewalls, Intrusion Prevention Systems and the like. Similarly, on-demand cloud-based DDoS scrubbing alternatives cannot achieve successful mitigation with the low-volume, short-duration attacks that are now impacting organizations every day. As organisations develop their DDoS resiliency plans, and choose their methods of DDoS protection, time-to-mitigation must be a critical factor.”