The results of a global Infoblox survey on the state of network security at higher education institutions reveals that 81 percent of IT professionals believe securing campus networks has become more challenging in the last two years. 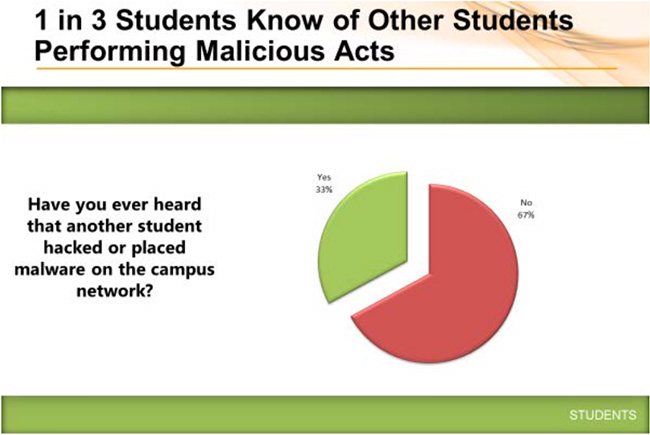 The report titled “Defending Networks at Higher Learning Institutions – Heroes Needed” surveyed over 600 students, IT professionals and staff from higher education institutions in the U.S., U.K. and Germany, and found that networks at higher education institutions are incredibly complex, which can make them more vulnerable to attack. For example, the average student brings four or more devices with them on campus with 89 percent of IT professionals reporting an increase in the number of connected devices on campus networks. IT professionals are also challenged with a high volume of turnover in students each year when one quarter or more of their users change.

While students two years ago mainly brought laptops and smartphones with them to college, in the age of the Internet of Things, students are now using tablets (61%), smartwatches (27%) and gaming consoles (25%) on campus, dramatically increasing the number of devices connecting to the campus network. In addition to students bringing more devices with them to school, 60 percent of faculty, students and IT professionals use four or more devices on the campus which drives up activity on the network.

In addition to the high number of devices making managing higher education networks difficult, internal threats are a factor with 48 percent of IT administrators believing the greatest security risks come from within the campus. For example, 54 percent of IT administrators say at least 25 percent of student’s devices come onto campus already infected with malware. Also, one in three students have reported knowing of fellow classmates that have attempted malicious acts on the school’s network.

However, students are not the only ones at fault for poor network practices. In the last two years, 60 percent of faculty and staff have not made any network security changes, and 57 percent use out-of-date security measures, such as updating passwords as a security precaution.

Lack of education on security best-practices is one of the major contributions to student and faculty poor security hygiene. Thirty nine percent of IT administrators reveal that their users not being educated on security risks is one of their biggest challenges to keeping the network secure.

Beyond user error though, outdated network technology poses another challenge. Seventy one percent of students and faculty revealed that the school networks suffer performance issues at least once a month. Additionally, only 52 percent of current network management solutions have DNS provisioning capabilities and can provide remote network access control. 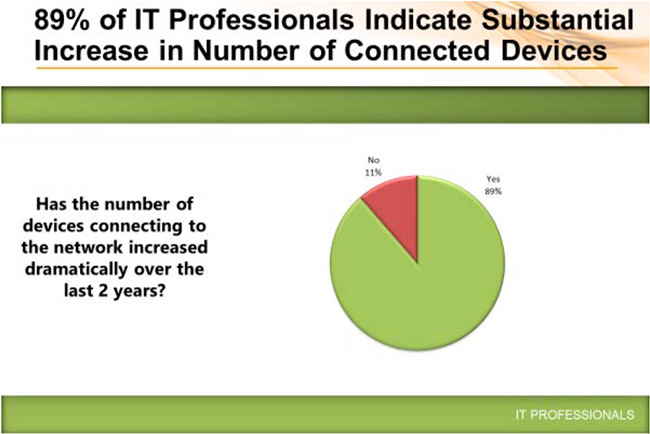 In looking at the data globally, Germany was least confident in campus networks with 75 percent noting they did not feel their personal devices were secure on campus networks, compared to 92 percent in the UK. The UK has the most trust in their students taking precautions to secure their sensitive data with 75 percent trusting students, while only 47 percent of the US felt the students were taking necessary steps.

Help is on the way

Additionally, implementing Single Sign On with two-factor authentication for all systems accessed by students can address the password challenges by enforcing password changes, validating identity, and providing the ability to quickly disable accounts when issues arise.