An Avecto survey of over 500 individuals from Europe, the United Arab Emirates and the United States revealed that, while some organisations have already migrated to Windows 10 and are using the move as a catalyst to improve their security posture, many are lagging behind and don’t understand the potential risks of the migration. 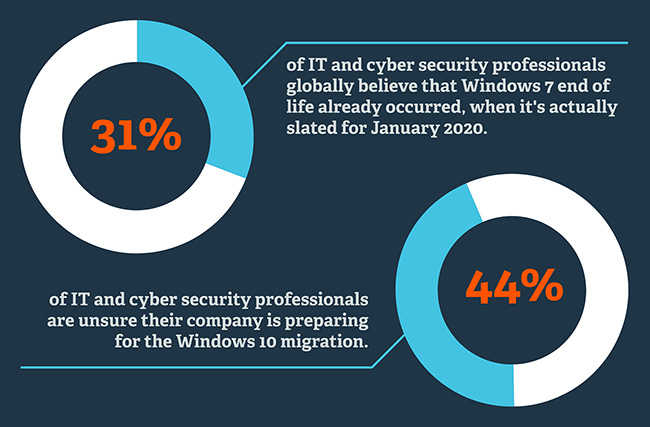 Specifically, the survey highlighted global uncertainty about Windows 7 end of life. 31% of respondents believed that it had already occurred, while only 30% knew the correct date (officially January 2020). Microsoft recently extended support for Windows 7 to January 2023, but only for users that are willing to pay an escalating fee. Companies that fail to make the shift by January 2020 could find themselves paying a large sum of money in the years to come for support.

When asked about their readiness for Windows 10, over 50% of respondents believed that their organization was ready for the Windows 10 migration. However, 44% were unsure about their preparation plans or did not feel prepared, suggesting that organisations must proactively prepare for Windows 7 end of life now.

Across all regions, the survey data revealed that cybersecurity is top of mind for organizations getting ready to make the transfer to Windows 10: more than half of respondents saw the migration as an opportunity to improve overall company cybersecurity. For Windows 10 users, it’s important to identify solution partners that can prevent threats being introduced by malicious content and vulnerable applications, leading to data being stolen or encrypted. 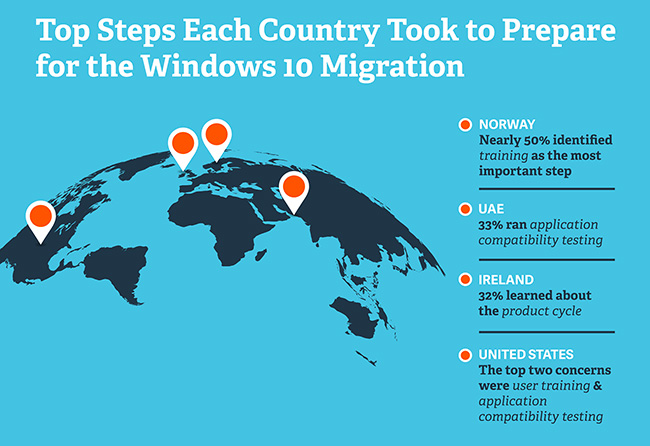 Regarding specific security concerns for securing remote workers and off-the-network employees, vulnerable endpoints were the top concern for 40% of respondents. For all regions except the UAE, the biggest challenge for securing remote workers and employees that leverage bring your own device (BYOD) on Windows 10 was ensuring that endpoints were secure. UAE respondents were most concerned with malware attacks.

Andrew Avanessian, chief operations officer at Avecto, said: “The migration to Windows 10 has the potential to benefit organisations tremendously, but only if they take the right steps to prepare their security strategy. The survey results demonstrate how there is still much work to be done as organizations prepare for Windows 7 end of life.