Enterprises have begun sustaining significant monetary losses stemming from the lack of good practices as they move forward with incorporating the IoT into their business models, according to a new study from DigiCert. 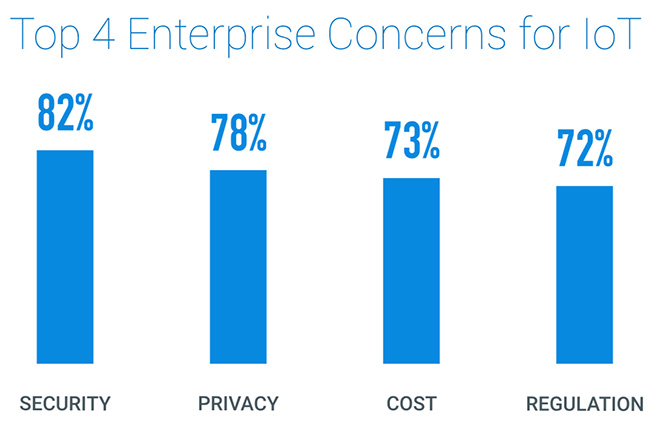 Among companies surveyed that are struggling the most with IoT security, 25 percent reported IoT security-related losses of at least $34 million in the last two years.

Security and privacy topped the list of concerns for IoT projects, with 82 percent of respondents stating they were somewhat to extremely concerned about security challenges.

“Enterprises today fully grasp the reality that the Internet of Things is upon us and will continue to revolutionize the way we live, work and recreate,” said Mike Nelson, vice president of IoT Security at DigiCert. “Securing IoT devices is still a top priority that many enterprises are struggling to manage; however, integrating security at the beginning, and all the way through IoT implementations, is vital to mitigating rising attacks, which can be expected to continue. Due diligence when it comes to authentication, encryption and integrity of IoT devices and systems can help enterprises reliably and safely embrace IoT.”

To give visibility to the specific challenges enterprises are encountering with IoT implementations, respondents were asked a series of questions using a wide variance of terminology. Using standard survey methodology, respondents’ answers were then scored and divided into three tiers:

These security incidents were not trivial. among companies surveyed that are struggling the most with IoT security, 25 percent reported IoT security-related losses of at least $34 million in the last two years.

The top five areas for costs incurred within the past two years were:

Meanwhile, although the top-tier enterprises experienced some security missteps, an overwhelming majority (almost 80 percent) reported no costs associated with this those missteps. Top-tier enterprises attributed their security successes to these practices:

“When it comes to accelerating implementations of IoT, it’s vital for companies to strike a balance between gaining efficiencies and maintaining security and privacy,” Nelson said. “This study shows that enterprises that are implementing security best practices have less exposure to the risks and resulting damages from attacks on connected devices. Meanwhile, it appears these IoT security best practices, such as authentication and identity, encryption and integrity, are on the rise and companies are beginning to realize what’s at stake.” 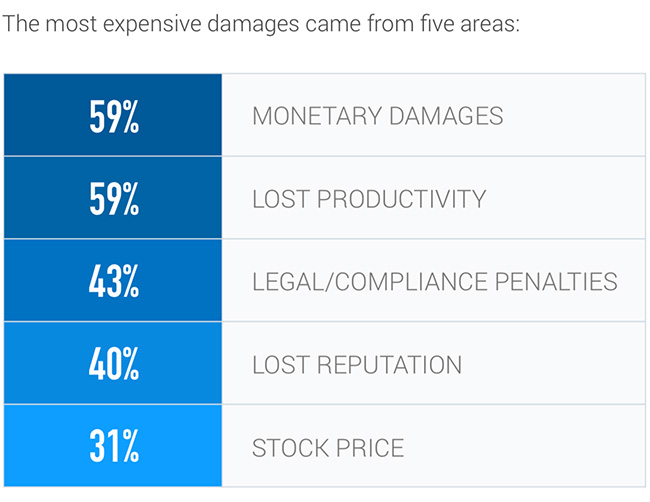 1. Review risk: Perform penetration testing to assess the risk of connected devices. Evaluate the risk and build a priority list for addressing primary security concerns, such as authentication and encryption. A strong risk assessment will help assure you do not leave any gaps in your connected security landscape.

2. Encrypt everything: As you evaluate use cases for your connected devices, make sure that all data is encrypted at rest and in transit. Make end-to-end encryption a product requirement to ensure this key security feature is implemented in all of your IoT projects.

3. Authenticate always: Review all of the connections being made to your device, including devices and users, to ensure authentication schemes only allow trusted connections to your IoT device. Using digital certificates helps to provide seamless authentication with binded identities that are tied to cryptographic protocols.

4. Instill integrity: Account for the basics of device and data integrity to include secure boot every time the device starts up, secure over the air updates, and the use of code signing to ensure the integrity of any code being run on the device.

5. Strategize for scale: Make sure that you have a scalable security framework and architecture ready to support your IoT deployments. Plan accordingly and work with third parties that have the scale and expertise to help you reach your goals so that you can focus on your company’s core competency.

The survey was conducted by ReRez Research in September 2018, with 700 enterprise organizations in the US, UK, Germany, France and Japan from across critical infrastructure industries.