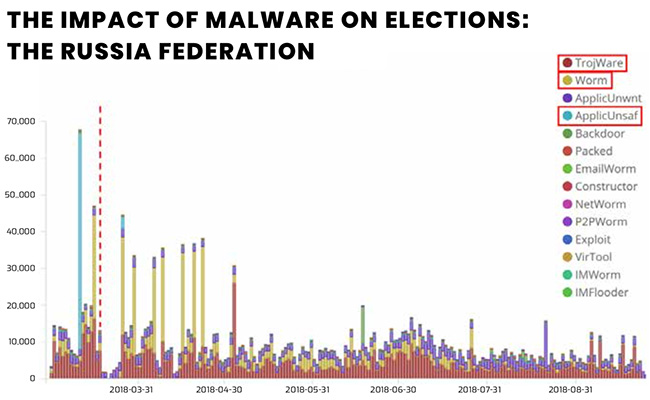 The report also highlights the compelling correlations of malware detection leading up to and immediately following geopolitical crises – events in the Syria civil war, the ongoing machinations around the Iran nuclear weapons agreement, the Israel-Palestine conflict and the military operations of Saudi Arabia against Yemen.

“These correlations clearly stand out in the data, beyond the realm of coincidence,” said VP of Comodo Cybersecurity Threat Research Labs, Fatih Orhan. “It is inescapable that state actors today employ malware and other cyberthreats as both extensions of soft power and outright military weapons, as do their lesser-resourced adversaries in asymmetric response.”

Email phishing remains the most common method of attack. Highlights in the latest quarter include:

Researchers cited one phishing email as representative of the uptick in quality, making it harder for users to identify the risk. An email purporting to be a survey regarding Microsoft Azure’s newsletter sported an authentic looking URL and logo, and did not have the telltale grammar or spelling errors that often give away phishing emails. Anyone clicking on the “Take the survey” button was sent to a malware-laden webpage to covertly infect them.