The continued discovery of new attack patterns should also alert enterprises to the importance of selecting DDoS-proof service providers.

The quarterly report, which measures thousands of DDoS attacks around the world, showed communications service providers were targeted by 65.5 percent of DDoS attacks in Q3, given their extensive networks enabling access to tenants’ assets. Attackers were found to have contaminated a diverse pool of IP addresses across hundreds of IP prefixes (at least 527 Class C networks, according to Nexusguard findings) with very small-sized junk traffic. As a result, the year-over-year average attack size in the quarter fell measurably – 82 percent.

“Perpetrators are using smaller, bit-and-piece methods to inject junk into legitimate traffic, causing attacks to bypass detection rather than sounding alarms with large, obvious attack spikes,” said Juniman Kasman, CTO for Nexusguard. “Diffused traffic can cause communications service providers to easily miss large-scale DDoS attacks in the making, which is why these organizations will need to share the load with the cloud at the network edge to minimize attack impact.”

Analysts believe that attackers conducted reconnaissance missions to map out the network landscape and identify the mission-critical IP ranges of targeted CSPs. Then they injected bits and pieces of junk into legitimate traffic, whose size easily bypassed detection thresholds.

Mitigating broadly distributed, small-sized attack traffic is more difficult at the CSP level, in comparison to the traditional volumetric attack method on a small number of targeted IPs. The convergence of polluted traffic that slips through the “clean pipes” of upstream Internet service providers forms a massive traffic flow that easily exceeds the capacity of mitigation devices, leading to high latency at best, deadlock at worst. 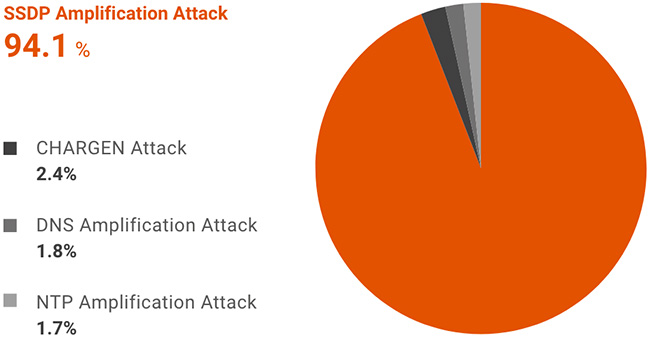 The “bit-and-piece” attacks observed in the quarter often leveraged open DNS resolvers to launch what is commonly known as DNS amplification, whereby a targeted IP address receives only a small number of responses in each well-organized campaign, leaving little or no trace. Black-holing all traffic to an entire IP prefix may be costly since black-holing will also block access to a wide range of legitimate services.