A majority (82 percent) of end-users are pushing back on IT or management when the company tries to dictate which collaboration tools should be used. But IT is standing its ground; nearly two-thirds (63 percent) of information technology professionals say they prevail when employees push back.

A new NextPlane report uncovers the risks associated with this influx of unauthorized collaboration tools, the internal pressures IT is feeling, and the level of resistance IT is experiencing from end-users who have strong preferences for their workplace tools.

Despite the vast majority of IT professionals (84 percent) believing their companies are providing end-users with the software tools they need to collaborate successfully, they also recognize that end-users sometimes deviate from mandated technologies and use their own preferred tools to communicate with their colleagues.

But this departure from company policy runs into strong resistance from IT, mostly due to security risks. The top risk (79 percent) identified when employees introduce or use new technologies without IT’s approval is around the security of the company’s data and information. Other risks include the interoperability of the systems companies use (65 percent) and the productivity and efficiency of IT (71 percent).

But there are limits to IT’s resistance. As companies face pressure to limit attrition amid growing competition for valuable talent, more than two-thirds (69 percent) of respondents said that if a highly valued employee (a developer or engineer for instance) threatened to quit over which tools they can or cannot use, the company would capitulate rather than risk losing the employee. 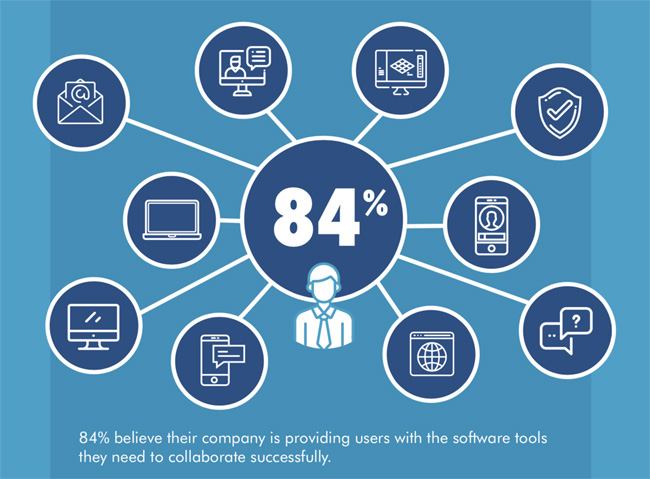 “In the wake of an influx of new collaboration tools, IT is left to deal with pushback from their end-users as well as platform fragmentation when preferences don’t align and the fallout that goes with that,” said Farzin Shahidi, CEO of NextPlane. “IT needs a collaboration strategy that takes into account the preferences of its end-users without compromising seamless collaboration and communication across teams and the entire organization.

Additional findings in the report: