Public cloud adoption is growing by double-digit percentages year over year, and the public cloud market is expected to exceed $220 billion by the end of 2019, according to Gartner. However, the survey findings from Dimensional Research reveal that IT teams are often siloed and do not agree on who is responsible for the deployment and ongoing management of the public cloud network. 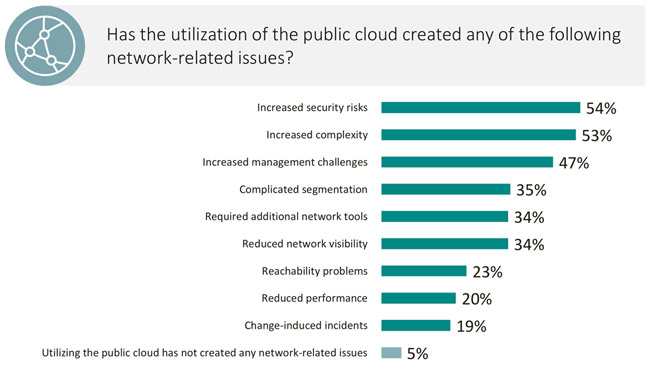 At the same time, IT teams are struggling with network infrastructure challenges caused by the cloud, such as impaired visibility and more-frequent security threats. Ninety-seven percent of companies report having problems with deploying and managing public clouds. These issues are creating a gathering storm that ultimately puts organizations at financial risk.

“Public cloud deployments are rapidly growing but IT teams do not have the proper visibility to see infrastructure in public cloud environments, which frequently causes costly problems,” said David Gehringer, principal at Dimensional Research. “More concerning is that networking, DevOps and cloud teams are not working together as efficiently as needed to handle rapidly expanding cloud deployments. They recognize that these problems have resulted in a negative impact in multiple areas, and that a new solution is needed to avoid further financial consequences and a descent into turmoil.”

Survey findings reveal that IT teams do not agree on the following issues: who is responsible for the network in public cloud environments, who approves network changes, whether the networking team should be involved in new deployments and how cloud teams perceive networking teams.

Networking, cloud and DevOps teams all agree that public cloud environments are opening the door to more challenges, resulting in negative impacts in multiple areas. 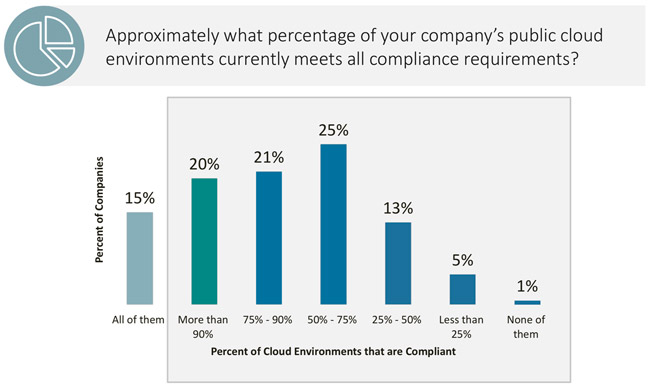 Public cloud implementations have a high frequency of problems that can take significant time to resolve and have a negative impact on businesses. This leads to multiple issues.

“One thing networking, cloud, DevOps and other teams can all agree on is that they need better solutions to provide visibility, predict issues, and understand the impact of new deployments and changes in their public cloud network,” said James F. Brear, president and CEO of Veriflow. “With these capabilities, public cloud networks will become a larger benefit to the business bottom line.”