Many companies are struggling to make data accessible and get value from it, with 68 percent of respondents reporting siloed data negatively impacts their organization, according to the new Syncsort survey. 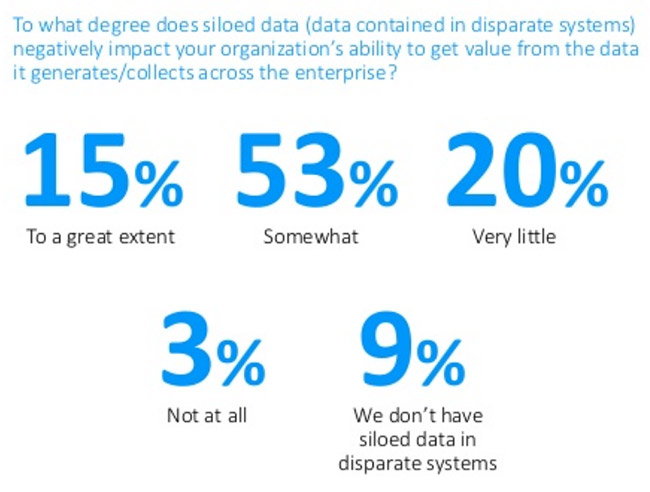 The top IT initiatives respondents identified for 2019 were Cloud/Hybrid Computing (46%), Modernizing Infrastructure (38%) and Data Governance (32%), followed by Advanced/Predictive Analytics (25%).

IT grappling with data delivery & value

“There is so much data being produced today, and it’s creating a significant number of new opportunities and challenges,” said Tendü Yoğurtçu, CTO, Syncsort. 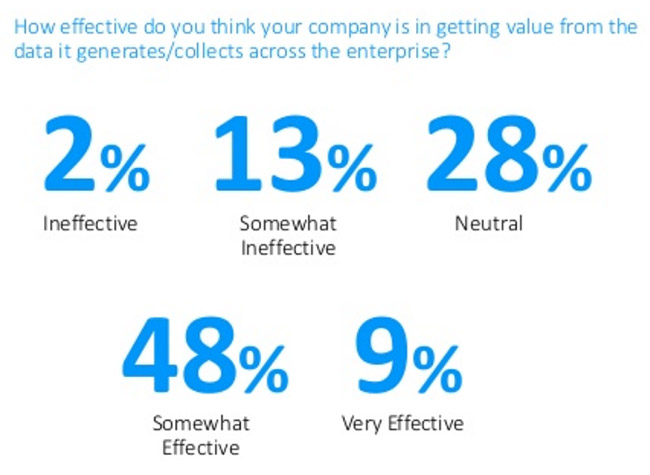 “We are seeing cloud and hybrid cloud as the mainstream trends, which is consistent with the results of our 2018 cloud survey. With the gravity of data shifting, organizations are trying to take advantage of the cloud’s elasticity and gain the ability to analyze and deliver trusted data into application pipelines as quickly as possible. These are the precursors to improving data accessibility and taking advantage of the emerging technologies, like machine learning and streaming analytics, that will help deliver more value out of data.”