The Zscaler ThreatLabZ research team analyzed 56 million IoT device transactions to understand the types of devices in use, the protocols used, the locations of the servers with which they communicated, and the frequency of inbound and outbound communications. 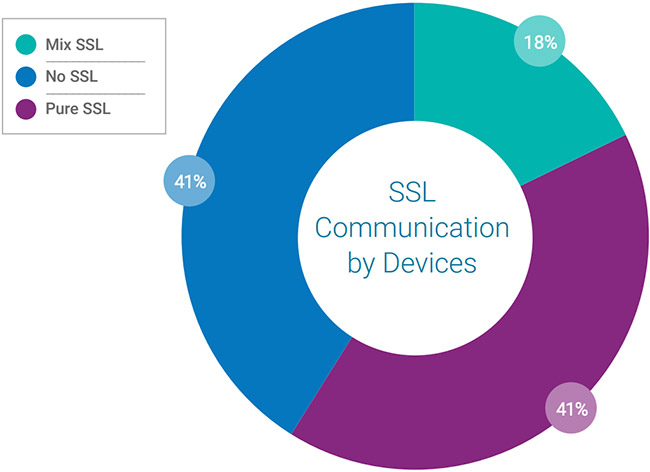 The analysis showed that more than 1,000 organizations have at least one IoT device transmitting data from the network to the internet via the Zscaler cloud platform. The most commonly detected IoT device categories included IP cameras, smart watches, printers, smart TVs, set top boxes, IP phones, medical devices, and data collection terminals, among others.

“As is often the case with new innovations, the use of IoT technology has moved more quickly than the mechanisms available to safeguard these devices and their users. Within only one month of traffic, our threat research team saw an astronomical amount of traffic stemming from both corporate and personal IoT devices,” said Amit Sinha, Executive Vice President of Engineering and Cloud Operations, CTO, Zscaler. “Enterprises need to take steps to safeguard these devices from malware attacks and other outside threats.” 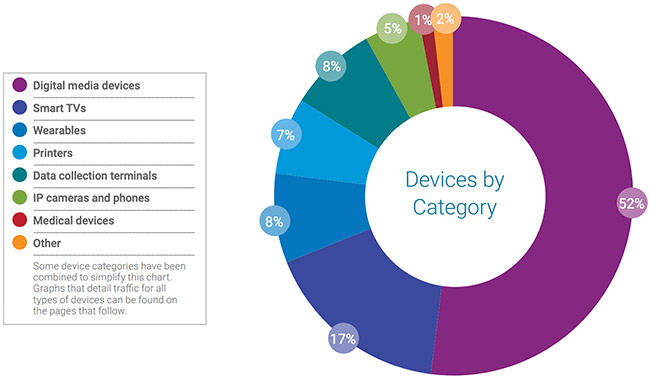 “We observed that over 90 percent of IoT transactions are occurring over a plain text channel, which we believe makes these devices and the enterprises that house them vulnerable to crafted attacks,” said Deepen Desai, Vice President of Security Research, Zscaler. “Enterprises need to assess their IoT footprint, as they will only continue to expand and raise the risk of cyberattacks. From changing default credentials to restricting access to IoT devices from external networks, there are a variety of steps that can be taken to increase the IoT security posture.”