A strong DevOps culture based on collaboration and sharing across teams, leads to an improved security posture, according to Puppet. 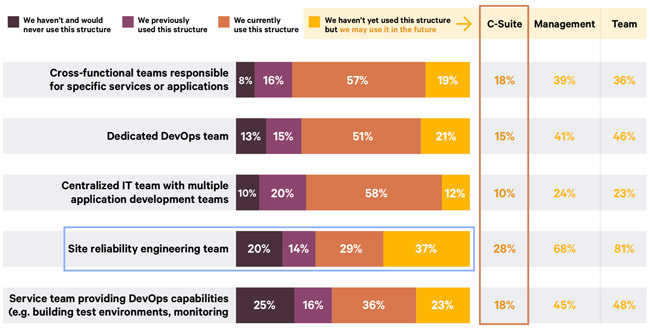 Additionally, the report found that Europe is pulling ahead of the US and the Asia Pacific regions when it comes to firms with an overall ‘significant to full’ integration status, with forty-three percent as opposed to thirty-eight percent or less.

The report is based on nearly 3,000 respondents from around the world.

“Organizations that are serious about improving their security practices and posture should start by adopting DevOps practices,” said Alanna Brown, Senior Director of Community and Developer Relations at Puppet and author of the State of DevOps report.

“This year’s report affirms our belief that organizations who ignore or deprioritize DevOps, are the same companies who have the lowest level of security integration and who will be hit the hardest in the case of a breach.”

Security doesn’t have to take a back seat to feature delivery. Firms at the highest level of security integration are able to deploy to production on demand at a significantly higher rate than firms at all other levels of integration — 61 percent are able to do so. Compare this with organizations that have not integrated security at all: Fewer than half (49 percent) can deploy on demand.

Compare this with respondents at firms with no security integration — just 38 percent had that level of confidence.

The more security is integrated into the software delivery lifecycle, the more delivery teams see security as a shared responsibility. Firms integrating security throughout the lifecycle are more than twice as likely to be able to stop a push to production for a medium security vulnerability to ensure their customers are protected from the risk or releasing insecure code.

Security integration is messy, especially in the middle stages of evolution. In these middle stages, security and delivery teams experience higher friction while collaborating, software delivery slows down, and audit issues both increase and require immediate attention.

Friction is even higher for respondents who work in security jobs than those who work in non-security jobs. But, if they stick with it, they will reap the rewards of that hard work and start seeing quicker results —79 percent of the companies surveyed were in this stage.

“It shouldn’t be a surprise to anyone that integrating security into the software delivery lifecycle requires intentional effort and deep collaboration across teams,” said Michael Stahnke, VP of Platform Engineering, CircleCI.

“What did surprise me, however, was that the practices that promote cross-team collaboration had the biggest impact on the teams’ confidence in the organization’s security posture. Turns out, empathy and trust aren’t automatable.”

Firms that have integrated security at all stages of delivery collaborate early, often and most importantly, deeply. The survey revealed the top five practices that improve security posture are: