In 2020, there will be greater adoption of Continuous Intelligence (CI) technologies, which will elevate IoT data analytics way beyond traditional operational levels and have a greater impact on strategic planning and organizational change, states ABI Research. 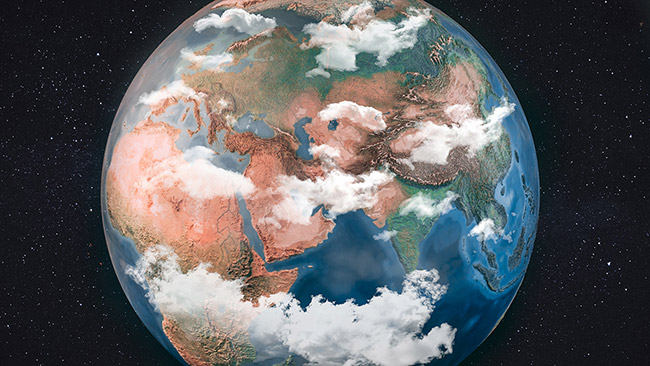 Looking at the 2020 technology market

Analysts have identified 35 trends that will shape the technology market and 19 others that, although attracting huge amounts of speculation and commentary, look less likely to move the needle over the next twelve months.

“After a tumultuous 2019 that was beset by many challenges, both integral to technology markets and derived from global market dynamics, 2020 looks set to be equally challenging,” says Stuart Carlaw, Chief Research Officer at ABI Research.

Since the emergence and expansion of streaming analytics and streaming technologies, the ability to continuously analyze and extract value from the IoT data is growing. The CI application will be possible because the cloud vendors and vendors are offering E2E platforms, expanding their capabilities through digital twinning, big data technologies, and ML algorithms.

“Hence, in 2020, ABI Research predicts greater adoption of CI technologies, which will elevate IoT data analytics beyond traditional operational level (maintenance and control), but we will also observe a greater impact on strategic planning and organizational change.”

mMTC will sustain only a handful of chipset manufacturers

mMTC begun under 4G, with LTE-M and Narrowband-IoT (NB-IoT) being “forward-compatible” with the forthcoming 5G New Radio (NR) standard. Chipset vendors saw a greenfield opportunity to go from zero to hero with massive IoT, with some being established from scratch for the sake of developing a single NB-IoT baseband chip.

“This resulting race saw 17 baseband vendors emerge, but only four different ones currently supply most of the hundreds of LTE-M and NB-IoT products now available. HiSilicon, MediaTek, Qualcomm, and RDA (UNISOC) dominate. And this situation will only compound as we move toward Release 16 and the full coexistence of LTE-M and NB-IoT with 5G NR, i.e., the “official” start of the mMTC market,” says Jamie Moss, M2M, IoT & IoE Research Director at ABI Research.

“Nothing succeeds like success and only those with strong early adoption, regardless of slow initial sales, will be there to enjoy the boom years to come.”

China will drive the sharing economy 2.0

Uber and Airbnb could be considered the Sharing Economy 1.0. “But China is showing the world what the next phase of the sharing economy will look like: shared powerbanks,” says Dan Shey, Vice President of Enabling Platforms at ABI Research. Shared powerbanks have been a major driver of cellular connections in China today.

“The newer applications in the more “connected” version of the sharing economy will continue to grow across the world, albeit at a more measured pace than seen in China.”

2020 technology market: The IoT platform market will not consolidate

“For many years, there have been predictions that the IoT platform supplier market will begin to consolidate, and it just won’t happen,” says Dan Shey, Vice President of Enabling Platforms at ABI Research.

“The simple reason is that there are more than 100 companies that offer device-to-cloud IoT platform services and for every one that is acquired, there are always new ones that come to market.”

Unlicensed proprietary LPWA will not merge with licensed open standards

“The two cannot be reconciled at the standards level, for the premium that cellular commands stems from the cost of its license, and the control that its owners have over their blocks of spectrum, providing a secure, managed, quality of service-based guarantee to IoT customers,” says Adarsh Krishnan, M2M, IoT & IoE Principal Analyst at ABI Research.

Edge will not overtake cloud

“In fact, in the future we will see a rapid development of edge-cloud-fog continuum, where technology will complement each other, rather than cross-cannibalize.”