Netscout released the findings of its Threat Intelligence Report for the second half of 2019, which also incorporates insights from its 15th Annual Worldwide Infrastructure Security Report (WISR) survey. 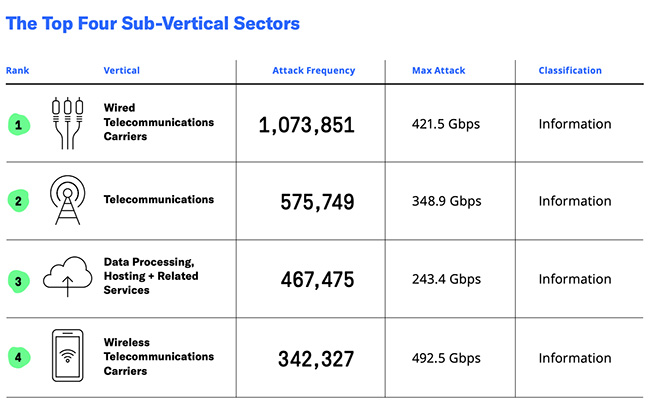 The report underscores the proliferation of risks faced by global enterprises and service providers. These organizations must now not only defend IT infrastructures, but also manage risks caused by increased DDoS attacks on customer-facing services and applications, mobile networks, and unsecured IoT devices.

“We’ve uncovered some disturbing statistics,” stated Hardik Modi, AVP, engineering, threat and mitigation products, Netscout. “By weaponizing new attack vectors, leveraging mobile hotspots, and targeting compromised endpoint IoT devices, attackers are increasingly finding ways to infiltrate our internet-connected world. They are getting more sophisticated by using a minuscule portion of the available vulnerable devices to carry out a successful attack. The largest OpenVPN DDoS attack we observed used less than one percent of the available reflectors connected to the internet. Botmasters are waiting in the wings, since the risk will only increase in 2020 when an estimated 20.4 billion more devices are connected to the internet.”

Key findings from the report