In this podcast, Prateek Bhajanka, VP of Product Management, Vulnerability Management, Detection and Response at Qualys, discusses how you can significantly accelerate an organization’s ability to respond to threats. 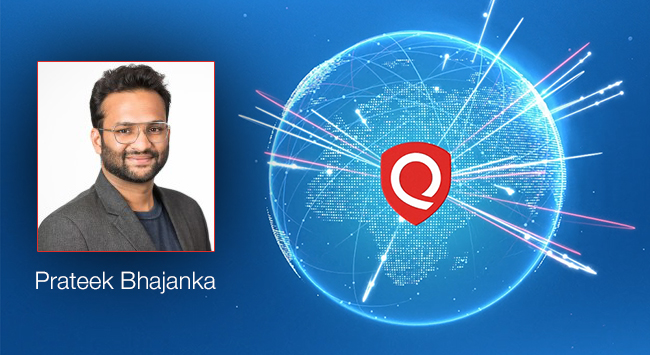 Qualys VMDR enables organizations to automatically discover every asset in their environment, including unmanaged assets appearing on the network, inventory all hardware and software, and classify and tag critical assets. VMDR continuously assesses these assets for the latest vulnerabilities and applies the latest threat intel analysis to prioritize actively exploitable vulnerabilities. 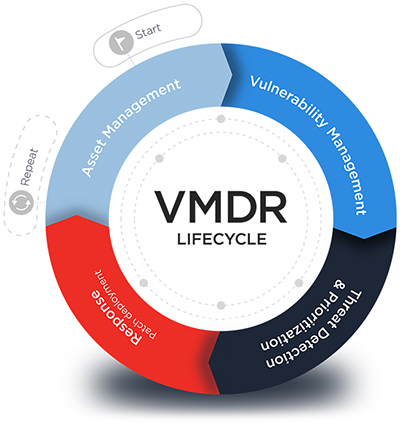 Now we are bridging the gap and with the concept of VMDR, we are not just calculating these thousand vulnerabilities for you, but we are also helping you understand what hundred vulnerabilities are getting exploited in the wild using various formats. It could be malware, it could be ransomware, it could be nation-state attacks, it could be a remote code execution. So, what are the vulnerabilities that you should pay immediate attention to, so that you can prioritize your efforts because you have limited amount of remediation efforts, limited number of personnel, limited number of resources to work on vulnerability management, so that you would be able to focus on the areas which would be all the way more impactful then what it is today. So, right from asset discovery to asset inventory to vulnerability management, and then prioritizing those vulnerabilities on the basis of the threat which are active in the wild. 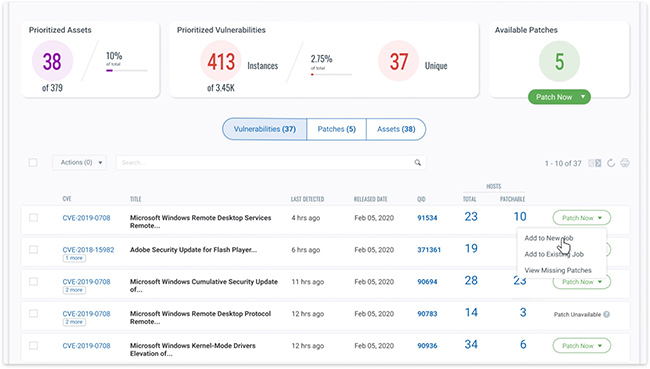 Right now, so far what we are doing is problem identification, but we may not be actually solving the problem. How to solve that problem? With the concept of VMDR, we are also adding response capabilities in the same platform, so that it is not just about identifying the problem and leaving it on the table, but it is also about going and implementing the fixes. If you see a particular vulnerability, you would also be able to see which particular patch can be implemented in order to remediate this particular vulnerability.

Once you have the vulnerability data, while we are doing the scanning, you have a lot of asset context that you can use to filter the number of vulnerabilities. When I say that you divide the context into two parts: internal and external. Your external context would be your threat intelligence feed that is coming from so many different sources or which may be inbuilt in the platform itself. And this threat intelligence is an external context because this is not taking into account your asset context or your internal organization context. So this will help you identify the vulnerabilities which are getting exploited in the wild today, which are expected to get exploited in the wild, for which there are some kind of chatter going around in the dark web, and that these are the vulnerabilities for which the exploits have been developed, the proof of concept is available, and so many things. This is very external.