There’s an intrinsic link between developer happiness and application security hygiene, and an alarming level of application breaches, according to Sonatype. 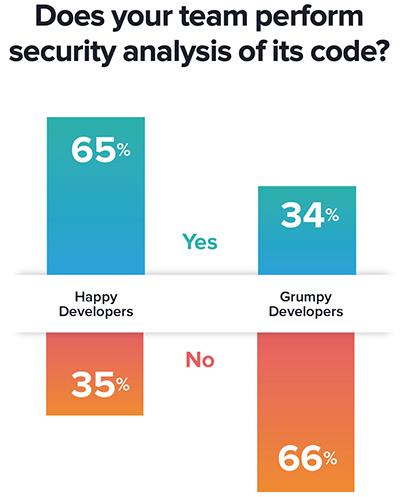 In addition, the findings showed that developers working within mature DevOps practices are 1.5x more likely to enjoy their work, and 1.6x more likely to recommend their employer to prospects, highlighting the significant role DevSecOps transformations play in both application security and developers’ job satisfaction.

The study also revealed that 28% of mature organizations are aware of an open source component-related breach in the past 12 months, compared to 19% of respondents with immature DevOps practices.

The importance of mature DevOps practices

“Developer happiness based on mature DevOps practices is fundamental to the quality and delivery of secure software,” said Derek Weeks, Vice President at Sonatype.

“By introducing mature DevOps practices, businesses can not only innovate faster, they can enhance their development teams’ job satisfaction, and ultimately differentiate themselves as employers – critical when so many companies face significant skills shortages and increased competition. 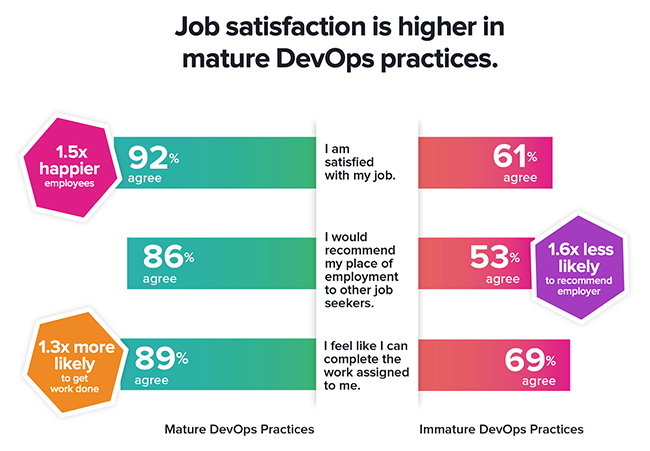 55% of respondents deploy code to production at least once per week, compared to 47% of respondents in 2019. As year over year velocity increased, 47% developers continued to admit that while security was important, but they did not have time to spend on it – a finding consistent with the same survey in 2018 (48%) and 2019 (48%).

The greatest differences in investment priorities between mature and immature DevOps programs are seen across Container Security, with mature practices investing 2.2x more than immature practices; this is closely followed by investments in Dynamic Analysis (DAST) and Software Composition Analysis (SCA), with 2.1x and 1.9x more respectfully.