Though some claim that this forced “work from home” situation has shown that many of the discussions that previously required office meetings can actually be expedited simply by exchanging a few emails, there’s no doubt that, for some tasks, face-to-face meetings – even if over the internet – are a must.

Which video conferencing solution should teams (organizations) use, and which consumers?

Zoom Video Communications, the creators of the Zoom remote conferencing service, have benefited the most from this sudden surge of demand for video conferencing solutions. The number of Zoom users has exploded and the name became a synonym of face-to-face online chatting seemingly overnight.

Though the sudden popularity shone a harsh light on solution’s many privacy and security issues, the company recently pledged to do better and outlined their plan. The most recent developments of that plan include the official formation of a CISO Council and Advisory Board and welcoming former Facbook CSO Alex Stamos as an outside advisor.

The company is also making a point of quickly fixing security and privacy vulnerabilities reported to them.

Nevertheless, the jury is still out on whether or not the service is secure enough for enterprise use (i.e., use where confidentiality is paramount). In fact, many say it’s not, particularly after Citizen Lab researchers revealed that “Zoom uses non-industry-standard encryption for securing meetings, and that there are discrepancies between security claims in Zoom documentation and how the platform actually works.”

For all of those reasons, Google has banned Zoom from corporate computers, though they can continue use it through a web browser or via mobile. Various governments have also advised their staff not to use Zoom.

A few days ago, Microsoft-owned Skype pointed out again that it now offers Meet Now, “a simple, hassle-free way to connect with the important people in your life on Skype.”

The feature was introduced late last year, but is now being touted as the perfect videoconferencing solution for consumers, who don’t have to have a Skype account or download an application to use it. They can simply create a link and send it to friends and family as an invitation to participate in the video call. The participants open the link in Microsoft Edge or Google Chrome, and they are “in” the call.

Microsoft Teams, the company’s unified communication and collaboration platform aimed at enterprise users, offers video conferencing inside the client software, and is now available to everybody, not just enterprises who are Office 365 users.

Not to be outshined, Google explained again on Tuesday that its Google Hangouts Meet video communication service is a secure option for enterprises.

“Google Meet’s security controls are turned on by default, so that in most cases, organizations and users won’t have to do a thing to ensure the right protections are in place,” the company noted.

The solution employs anti-hijacking measures for both web meetings and dial-ins and makes it difficult to brute force meeting IDs (a problem Zoom has).

“We limit the ability of external participants to join a meeting more than 15 minutes in advance, reducing the window in which a brute force attack can even be attempted. External participants cannot join meetings unless they’re on the calendar invite or have been invited by in-domain participants. Otherwise, they must request to join the meeting, and their request must be accepted by a member of the host organization,” the company added. 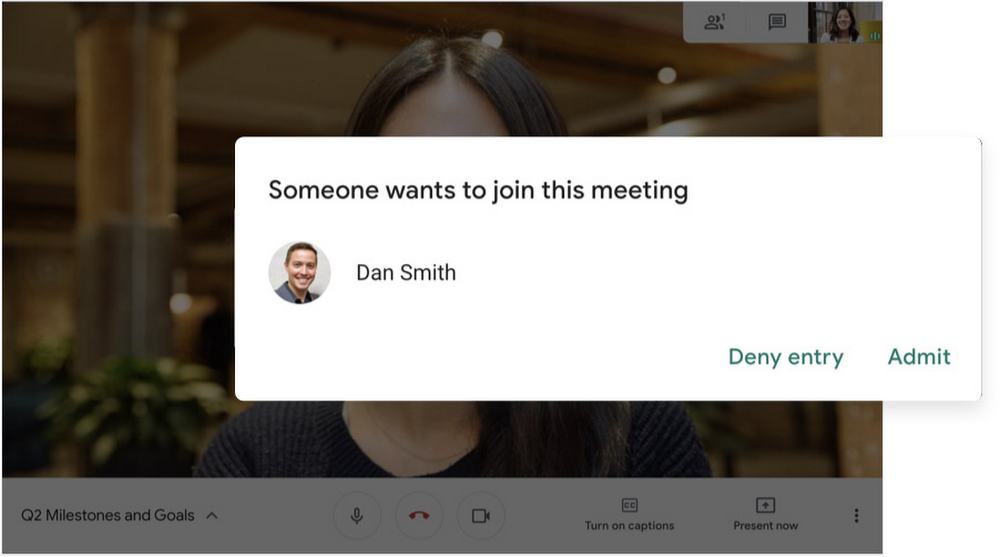 There are other options

The solutions outlined here the only options for one-on-one video conferencing or video conferencing for teams, just those most widely used at the moment. There’s also GoToMeeting, Adobe Connect, Jitsi Meet (an open source solution), Samepage, TeamViewer, join.me, and many others.

We are, by no means, advising for the use of one solution instead of another. It’s on users and enterprises to evaluate which solution is the right for them based on their requirements and risk model/appetite.