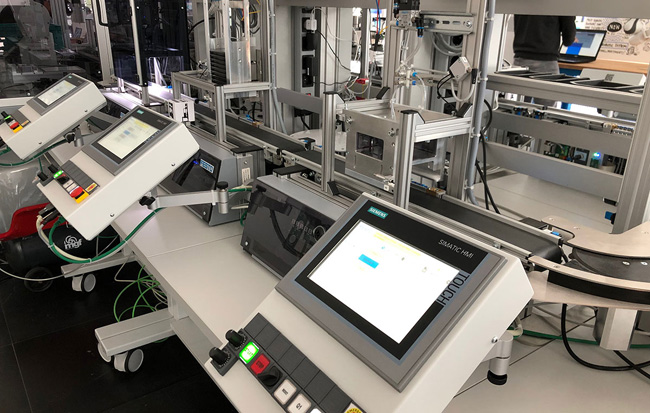 Industry 4.0 Lab, the system that Trend Micro analyzed during this research

“Past manufacturing cyber attacks have used traditional malware that can be stopped by regular network and endpoint protection. However, advanced attackers are likely to develop Operational Technology (OT) specific attacks designed to fly under the radar,” said Bill Malik, vice president of infrastructure strategies for Trend Micro.

“As our research shows, there are multiple vectors now exposed to such threats, which could result in major financial and reputational damage for Industry 4.0 businesses. The answer is IIoT-specific security designed to root out sophisticated, targeted threats.”

Critical smart manufacturing equipment relies primarily on proprietary systems, however these machines have the computing power of traditional IT systems. They are capable of much more than the purpose for which they are deployed, and attackers are able to exploit this power.

The computers primarily use proprietary languages to communicate, but just like with IT threats, the languages can be used to input malicious code, traverse through the network, or steal confidential information without being detected.

Though smart manufacturing systems are designed and deployed to be isolated, this seclusion is eroding as IT and OT converge. Due to the intended separation, there is a significant amount of trust built into the systems and therefore very few integrity checks to keep malicious activity out.

The systems and machines that could be taken advantage of include the manufacturing execution system (MES), human machine interfaces (HMIs), and customizable IIoT devices. These are potential weak links in the security chain and could be exploited in such a way to damage produced goods, cause malfunctions, or alter workflows to manufacture defective products.