Cyberthreats are a ubiquitous concern for organizations operating in the digital world. No company is immune — even large and high-profile organizations like Adobe, Yahoo, LinkedIn, Equifax and others have reported massive data breaches in recent years. Cyberattacks are only growing in frequency, affecting billions of people and threatening businesses.

What’s being done to bolster information security as cyberattacks continue to happen? The National Institute of Standards and Technology (NIST), a non-regulatory agency of the U.S. Department of Commerce, has been at the forefront of guiding cryptographic security programs and standards for more than 20 years. NIST morphed from its original name — the National Bureau of Standards that began at the turn of the 20th century — into its current iteration as the mobile revolution began to take off in the mid ‘90s.

To contend with cyberattacks in the early days, NIST released the Cryptographic Module Validation Program (CMVP) to certify cryptographic modules and the FIPS 140-1 protocol that independent labs use to test cryptographic modules. The program and protocol were right for the time, but times have changed and new validation, testing and certification programs and protocols are needed to keep pace with the proliferation and advancement of technology, as well as growing threats.

On June 30, 2020, CMVP will be sunsetted and replaced with the Automated Cryptographic Validation Protocol (ACVP). ACVP has been operational since January 2019 and it will become the only protocol available come July 1, 2020.

The ACVP is what the industry needs to secure information in our highly digital world. As the volume of algorithm certification requests continue to soar, NIST’s limited resources couldn’t keep up. ACVP enables testing of cryptographic modules over the internet with a remote testing system. For these purposes, NIST has provided a server to produce test vectors, validate responses and issue certificates. This automation will bring speed and confidence to the cryptographic module validation process.

In conjunction with the ACVP, the current FIPS 140-2 protocol will also be updated to reflect the growing types of technologies that need to be validated — software, hardware, firmware and hybrid systems. 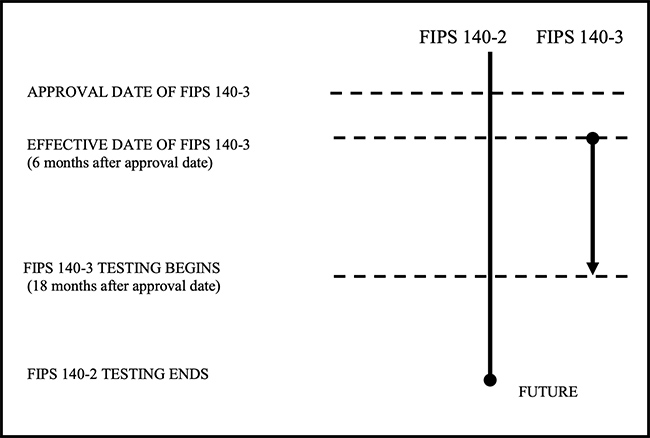 The new FIPS 140-3 standard is needed to address issues that didn’t exist 20 years ago when the initial FIPS standard was developed. The updated standard takes into consideration software/firmware security, non-invasive security, sensitive security parameter management and life cycle assurance. In addition, FIPS 140-3 is aligned with the international ISO standard for cryptographic module testing.

All organizations today harbor fears of a potential cyberattack. It’s unavoidable in our digital-centric world that attracts bad actors across the globe who attempt to profit from stolen data. As cyber threats and technology innovation continue to grow, organizations need systems and software that provide better assurance that cyberattacks will be kept at bay.

The shift to ACVP and FIPS 140-3 for testing, validating and certifying cryptographic algorithms and modules is the way forward. With these new cryptographic solutions, organizations will be better prepared to rise to the challenges of the 21st century world.