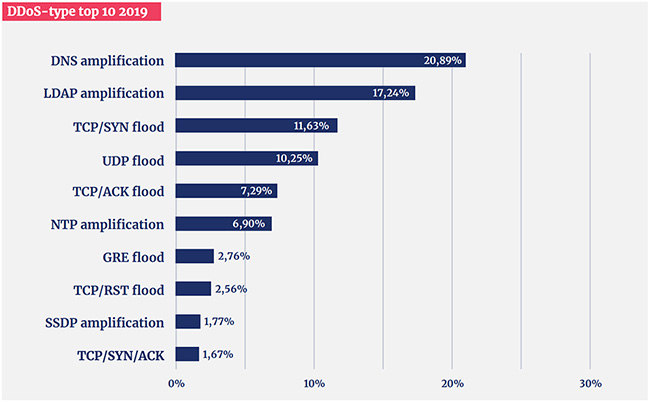 Slightly fewer DDoS attacks were observed in 2019 compared to 2018 (919 attacks and 938 attacks respectively). In addition, the number of participants increased by almost 10%, which probably means that the relative decrease is greater.

However, attacks are becoming larger and more complex, says Octavia de Weerdt, managing director of NBIP. “The largest attack we observed in 2019 was 124 Gbps. The most complex attack used 30 vectors, i.e. 30 different methods to carry out a DDoS attack were combined into a single attack.

“In 2018, the largest attack we saw was 68 Gbps, while the maximum number of vectors was 12. These are big differences for which we unfortunately can’t give an immediate explanation.” 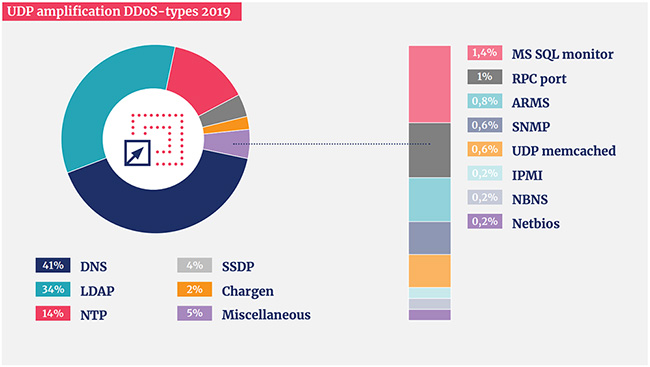 De Weerdt: “There is a continuous arms race regarding DDoS attacks. Attackers try to find new vulnerabilities and methods to carry out a successful attack. Organizations that are victims of DDoS attacks meanwhile try to adapt their mitigation capabilities accordingly. This arms race will not end for the time being.