There were seven major application DDoS attacks over the previous month — two of which lasted 5-6 days, Imperva reveals.

Additionally, the team found that 47% of account takeover (ATO) attacks were aimed at loyalty programs and streaming services, where bad actors attempted to use stolen credentials to gain unauthorized access to online accounts to carry out malicious actions such as data theft, identity fraud or fraudulent e-commerce transactions.

The report also showed continued signs of site traffic recovery across various industries following the lift in shelter-in-place orders, as schools across the world reopened and employees returned to workplaces.

Seven major application DDoS attacks over 150,000 requests per second (RPS) were identified. Two of the attacks lasted five and six days consecutively — an unusual occurrence, as most (70% of those in May) DDoS attacks typically last less than 24 hours.

Additionally, while the average DDoS event in April originated from 300 IPs, these two major events were from 28,000 and 3,000 unique IPs. Additionally:

Out of the total ATO attacks, 47% were aimed at loyalty programs and streaming services. In one example, 13.5 million ATO attempts were registered over three days.

Across all ATO attacks, the average attack size per site was about 100,000 attempts, distributed over 2,000 IPs on average. This means that each IP sent no more than two requests per day, classifying as a “low and slow” attack — where a botnet uses multiple devices, each sending only a handful of requests, to masquerade its attack with legitimate traffic.

As the coronavirus crisis escalated, changes in traffic and attack trends across multiple industries and countries were previously examined. In May, as more countries reopened schools and less students were at home, overall traffic to education sites went down by 20%.

Additionally, with many returning to work and spending more time commuting, the use of entertainment sites — specifically radio streaming services — increased by 11% overall.

Cloud platforms and automated tools: The main source of attacks against govt sites 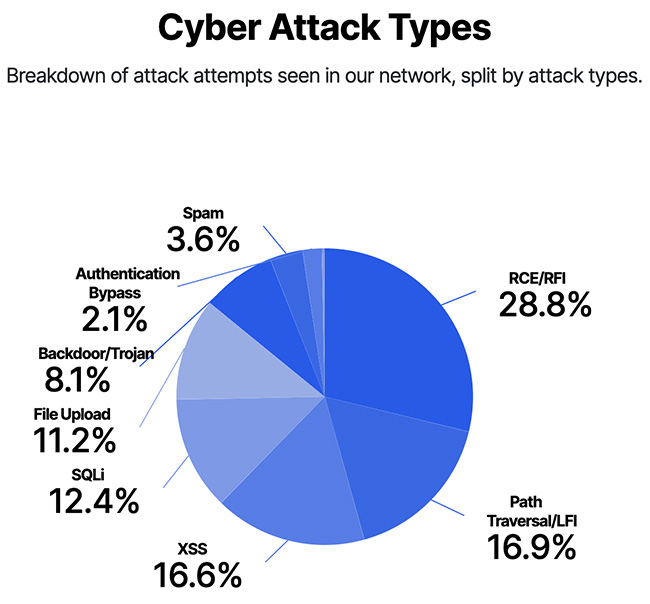 Although the number of attacks declined by 28%, the Cyber Threat Index score went up by 32 points due to more high- and medium-risk vulnerabilities and an increase in high volume and longer duration DDoS attacks.

“In May, we were surprised to find two unusually long DDoS attacks lasting 5-6 days. As methods to carry out DDoS have become more advanced, leading to increased accessibility to those with no technical skills, we have historically seen that most attackers would rather not waste time and resources on achieving their proof of impact,” said Nadav Avital, head of security research at Imperva.

“For example, in Imperva’s 2019 Global DDoS Threat Landscape Report, we found that about 29% of attacks lasted 1-6 hours while 26% lasted less than 10 minutes. Longer attacks — such as the ones conducted in May — suggest they are the work of more professional bad actors who use their own botnets to carry out persistent assaults.”