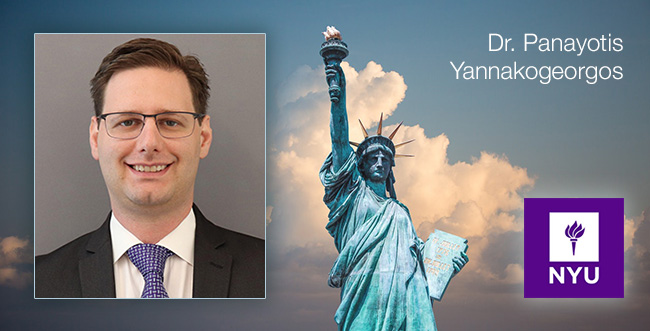 While Chinese, Russian, North Korean and Iranian state-backed APT groups get most of the spotlight (at least in the Western world), other nations are beginning to join in the “fun.”

It’s a free for all, it seems, as the world has yet to decide on laws and norms regulating cyber attacks and cyber espionage in peacetime, and find a way to make nation-states abide by them.

There is so far one international treaty on cybercrime (The Council of Europe Convention on Cybercrime) that is accepted by the nations of the European Union, United States, and other likeminded allies, notes Dr. Panayotis Yannakogeorgos, and it’s contested by Russia and China, so it is not global and only applies to the signatories.

Dr. Yannakogeorgos, who’s a professor and faculty lead for a graduate degree program in Global Security, Conflict, and Cybercrime at the NYU School of Professional Studies Center for Global Affairs, believes this treaty could be both a good model text on which nations around the world can harmonize their own domestic criminal codes, as well as the means to begin the lengthy diplomatic negotiations with Russia and China to develop an international criminal law for cyber.

In the meantime, states are left to their own devices when it comes to devising a cyber deterrence strategy.

The US has been publicly attributing cyber espionage campaigns to state-backed APTs and regularly releasing technical information related to those campaigns, its legislators have been introducing legislation that would lead to sanctions for foreign individuals engaging in hacking activity that compromises economic and national security or public health, and its Department of Justice has been steadily pushing out indictments against state-backed cyber attackers and spies.

But while, for example, indictments by the US Department of Justice cannot reasonably be expected to result in the extradition of a hacker who has been accused of stealing corporate or national security secrets, the indictments and other forms of public attribution of cyber enabled malicious activities serve several purposes beyond public optics, Dr. Yannakogeorgos told Help Net Security.

“First, they send a clear signal to China and the world on where the United States stands in terms of how governmental resources in cyberspace should be used by responsible state actors. That is, in order to maintain fair and free trade in a global competitive environment, a nation’s intelligence services should not be engaged in stealing corporate secrets and then handing those secrets over to companies for their competitive advantage in global trade,” he explained.

“Second, making clear attribution statements helps build a framework within which the United States can work with our partners and allies on countering threats. This includes joint declarations with allies or multilateral declarations where the sources of threats and the technical nature of the infrastructure used in cyber espionage are declared.”

Finally, when public attribution is made, technical indicators of compromise, toolsets used, and other aspects are typically released as well.

“These technical releases have a very practical impact in that they ‘burn’ the infrastructure that a threat actor took time, money, and talent to develop and requires them to rebuild or retool. Certainly, the malware and other infrastructure can still be used against targets that have not calibrated their cyber defenses to block known pathways for attack. Defense is hard, and there is a complex temporal dimension to going from public indicators of compromise in attribution reports; however, once the world knows it begins to also increase the cost on the attacker to successfully hack a target,” he added.

“In general, a strategy that is focused on shaping the behavior of a threat needs to include actively dismantling infrastructure where it is known. Within the US context, this has been articulated as persistently engaging adversaries through a strategy of ‘defending forward.'”

The problem of attack attribution

The issue of how cyber attack attribution should be handled and confirmed also deserves to be addressed.

Dr. Yannakogeorgos says that, while attribution of cyber attacks is definitely not as clear-cut as seeing smoke coming out of a gun in the real world, with the robust law enforcement, public private partnerships, cyber threat intelligence firms, and information sharing via ISACs, the US has come a long way in terms of not only figuring out who conducted criminal activity in cyberspace, but arresting global networks of cyber criminals as well.

Granted, things get trickier when these actors are working for or on behalf of a nation-state.

“If these activities are part of a covert operation, then by definition the government will have done all it can for its actions to be ‘plausibly deniable.’ This is true for activities outside of cyberspace as well. Nations can point fingers at each other, and present evidence. The accused can deny and say the accusations are based on fabrications,” he explained.

“However, at least within the United States, we’ve developed a very robust analytic framework for attribution that can eliminate reasonable doubt amongst friends and allies, and can send a clear signal to planners on the opposing side. Such analytic frameworks could become norms themselves to help raise the evidentiary standard for attribution of cyber activities to specific nation states.”

A few years ago, Paul Nicholas (at the time the director of Microsoft’s Global Security Strategy) and various researchers proposed the creation of an independent, global organization that would investigate and publicly attribute major cyber attacks – though they admitted that, in some cases, decisive attribution may be impossible.

More recently, Kristen Eichensehr, a Professor of Law at the University of Virginia School of Law with expertise in cybersecurity issues and cyber law, argued that “states should establish an international law requirement that public attributions must include sufficient evidence to enable crosschecking or corroboration of the accusations” – and not just by allies.

“In the realm of nation-state use of cyber, there have been dialogues within the United Nations for nearly two decades. The most recent manifestation is the UN Group of Governmental Experts that have discussed norms of responsible state behavior and issued non-binding statements to guide nations as they develop cyber capabilities,” Dr. Yannakogeorgos pointed out.

“Additionally, private sector actors, such as the coalition declaring the need for a Geneva Convention for cyberspace, also have a voice in the articulation of norms. Academic groups such as the group of individuals involved in the research, debating, and writing of the Tallinn Manuals 1.0 and 2.0 are also examples of scholars who are articulating norms.”

And while articulating and agreeing to specific norms will no doubt be a difficult task, he says that their implementation by signatories will be even harder.