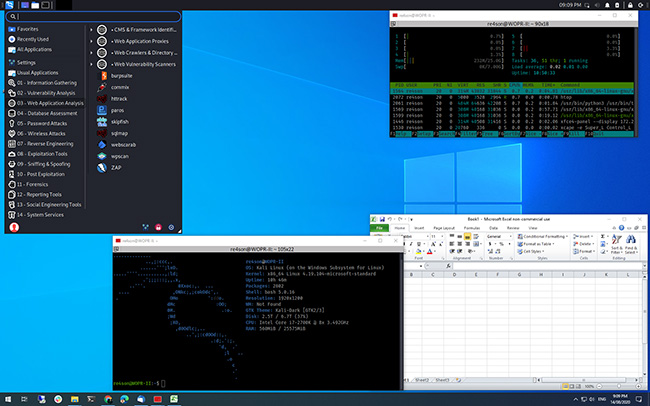 1. Win-KeX Window mode is the classic Win-KeX look and feel with one dedicated window for the Kali Linux desktop. To launch Win-KeX in Window mode with sound support, type:

2. Win-KeX SL mode provides a seamless integration of Kali Linux into the Windows desktop with the Windows Start menu at the bottom and the Kali panel at the top of the screen. All applications are launched in their own windows sharing the same desktop as Windows applications.