71% of CISOs believe cyberwarfare is a threat to their organization, and yet 22% admit to not having a strategy in place to mitigate this risk. This is especially alarming during a period of unprecedented global disruption, as 50% of infosec professionals agree that the increase of cyberwarfare will be detrimental to the economy in the next 12 months. 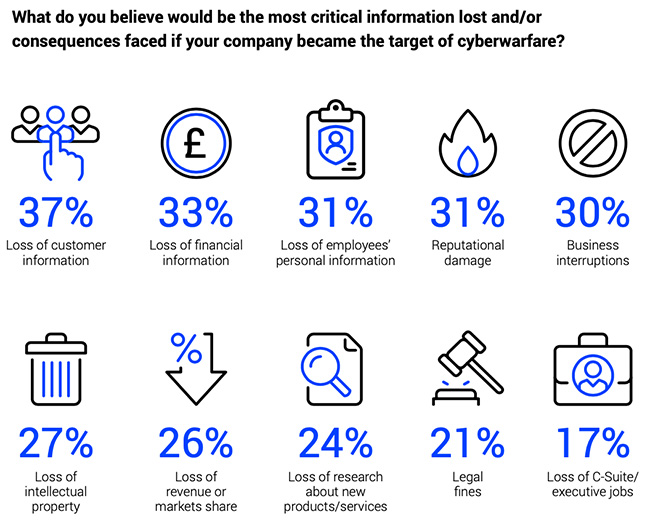 CISOs and infosec professionals however are shoring up their defenses — with 51% and 48% respectively stating that they believe they will need a strategy against cyberwarfare in the next 12-18 months.

These findings, and more, are revealed in Bitdefender’s global 10 in 10 Study, which highlights how, in the next 10 years, cybersecurity success lies in the adaptability of security decision makers, while simultaneously looking back into the last decade to see if valuable lessons have already been learnt about the need to make tangible changes in areas such as diversity.

It explores, in detail, the gap between how security decision makers and infosec professionals view the current security landscape and reveals the changes they know they will need to make in the upcoming months and years of the 2020s.

The study takes into account the views and opinions of more than 6,724 infosec professionals representing a broad cross-section of organizations from small 101+ employee businesses to publicly listed 10,000+ person enterprises in a wide variety of industries, including technology, finance, healthcare and government.

The rise and fall (and rise again) of ransomware

Outside of the rise of cyberwarfare threats, an old threat is rearing its head — ransomware. During the disruption of 2020, ransomware has surged with as much as 43% of infosec professionals reporting that they are seeing a rise in ransomware attacks.

What’s more concerning is that 70% of CISOs/CIOs and 63% of infosec professionals expect to see an increase in ransomware attacks in the next 12-18 months. This is of particular interest as 49% of CISOs/CIOs and 42% of infosec professionals are worried that a ransomware attack could wipe out the business in the next 12-18 months if they don’t increase investment in security.

But what is driving the rise in ransomware attacks? Some suggest it’s because more people are working from home — which makes them an easier target outside of the corporate firewall. The truth might however be tied to money.

59% of CISOs/CIOs and 50% of infosec professionals believe that the business they work for would pay the ransom in order to prevent its data/information from being published — making ransomware a potential cash cow.

A step change in communication is in high demand

Cyberwarfare and ransomware are complex topics to unpack, amongst many others in infosec. The inherent complexity of infosec topics does however make it hard to gain internal investment and support for projects. This is why infosec professionals believe a change is needed.

In fact, 51% of infosec professionals agree that in order to increase investment in cybersecurity, the way that they communicate about security has to change dramatically. This number jumps up to 55% amongst CISOs and CIOs — many of whom have a seat at the most senior decision-making table in their organizations.

The question is, what changes need to be made? 41% of infosec professionals believe that in the future more communication with the wider public and customers is needed so everyone, both in and organization and outside, better understands the risks.

In addition, 38% point out that there is a need for the facilitation of better communication with the C-suite, especially when it comes to understanding the wider business risks.

And last, but not least, as much as 31% of infosec professionals believe using less technical language would help the industry communicate better, so that the whole organization could understand the risks and how to stay protected.

“The reason that 63% of infosec professionals believe that cyberwarfare is a threat to their organization is easy,” said Neeraj Suri, Distinguished Professorship and Chair in Cybersecurity at Lancaster University.

“Dependency on technology is at an all-time high and if someone was to take out the WiFi in a home or office, no one would be able to do anything. This dependency wasn’t there a few years back–it wasn’t even as high a few months back.

“This high dependency on technology doesn’t just open the door for ransomware or IoT threats on an individual level, but also to cyberwarfare which can be so catastrophic it can ruin economies.

“The reason that nearly a quarter of infosec pros don’t currently have a strategy to protect against cyberwarfare is likely because of complacency. Since they haven’t suffered an attack or haven’t seen on a wide scale–the damage that can be done–they haven’t invested the time in protecting against it.”

Diversity, and specifically neurodiversity, is key to future success

Outside of the drastic changes that are needed in the way cybersecurity professionals communicate, there’s also a need to make a change within the very makeup of the workforce. The infosec industry as a whole has long suffered from a skills shortage, and this looks to remain an ongoing and increasingly obvious issue.

15% of infosec professionals believe that the biggest development in cybersecurity over the next 12-18 months will be the skills gap increasing. If the skills deficit continues for another five years, 28% of CISOs and CIOs say they believe that it will destroy businesses.

And another 50% of infosec professionals believe that the skills gap will be seriously disruptive if it continues for the next 5 years.

Today, however, it will take more than just recruiting skilled workers to make a positive change and protect organizations. In 2015, 52% of infosec workers would have agreed that there is a lack of diversity in cybersecurity and that it’s a concern.

Five years later, in 2020, this remains exactly the same — and that is a significant problem as 40% of CISOs/CIOs and infosec professionals say that the cybersecurity industry should reflect the society around it to be effective.

What’s more, 76% of CISOs/CIOs, and 72% of infosec professionals, believe that there is a need for a more diverse skill set among those tackling cybersecurity tasks. This is because 38% of infosec professionals say that neurodiversity will make cybersecurity defenses stronger, and 33% revealed a more neurodiverse workforce will level the playing field against bad actors.

While it’s clear that the cybersecurity skills gap is here to stay, it’s also clear why changes need to be made to the makeup of the industry. 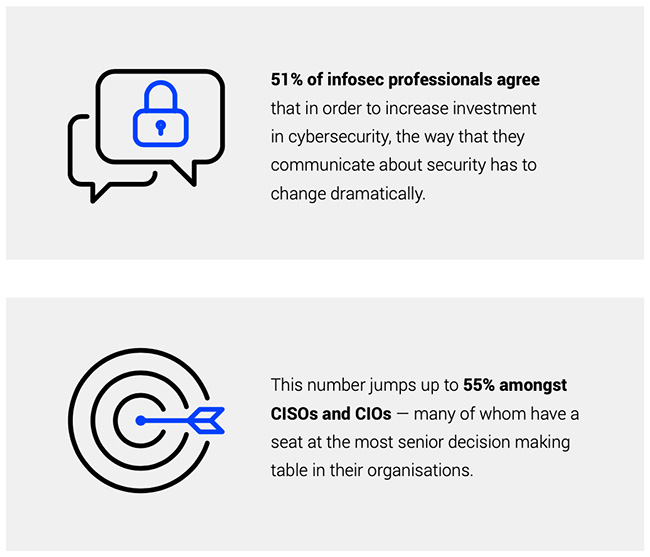 Liviu Arsene, Global Cybersecurity Researcher at Bitdefender concludes, “2020 has been a year of change, not only for the world at large, but for the security industry. The security landscape is rapidly evolving as it tries to adapt to the new normal, from distributed workforces to new threats. Amongst the new threats is cyberwarfare.

“It’s of great concern to businesses and the economy — and yet not everyone is prepared for it. At the same time, infosec professionals have had to keep up with new threats from an old source, ransomware, that can affect companies’ bottom lines if not handled carefully.

“The one thing we know is that the security landscape will continue to evolve. Changes will happen, but we can now make sure they happen for better and not for worse. To succeed in the new security landscape, the way we as an industry talk about security has to become more accessible to a wider audience to gain support and investment from within the business.

“In addition, we have to start thinking about plugging the skills gap in a different way — we have to focus on diversity, and specifically neurodiversity, if we are to stand our ground and ultimately defeat bad actors.”