It’s safe to assume that we need to protect presidential election data, since it’s one of the most critical sets of information available. Not only does it ensure the legitimacy of elections and the democratic process, but also may contain personal information about voters. Given its value and sensitivity, it only makes sense that this data would be a target for cybercriminals looking for some notoriety – or a big ransom payment. 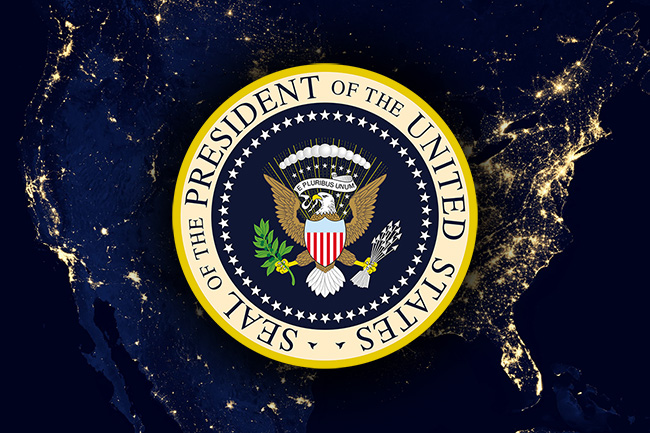 In 2016, more needed to be done to protect the election and its data from foreign interference and corruption. This year, both stringent cybersecurity and backup and recovery protocols should be implemented in anticipation of sophisticated foreign interference.

Cybersecurity professionals in government and the public sector should look to the corporate world and mimic – and if possible improve upon – the policies and procedures being applied to keep data safe. Particularly as voting systems become more digitized, the likelihood of IT issues increases, so it’s essential to have a data protection plan in place to account for these challenges and emerging cyber threats.

The risk of ransomware in 2020

Four years ago, ransomware attacks impacting election data were significantly less threatening. Today, however, the thought of cybercriminals holding election data hostage in exchange for a record-breaking sum of money sounds entirely plausible. A recent attack on Tyler Technologies, a software provider for local governments across the US, highlighted the concerns held across the nation and left many to wonder if the software providers in charge of presidential election data might suffer a similar fate.

Regardless of whether data is recoverable, ransomware attacks typically cause IT downtime as security teams attempt to prevent the attack from spreading. While this is the best practice to follow to contain the malware, the impacts of system downtime on the day of the election could be catastrophic. To combat this, government officials should look for solutions that offer continuous availability technology.

The best defense also integrates cybersecurity and data protection, as removing segmentation streamlines the process of detecting and responding to attacks, while simultaneously recovering systems and data. This will simplify the process for stressed-out government IT teams already tasked with dealing with the chaos of election day.

Developing a plan to protect the presidential election

While ransomware is a key concern, it isn’t the only threat that election data faces. The 2016 election revealed to what degree party election data could be interfered with. Now that we know the risks, we also know that focusing solely on cybersecurity without a backup plan in place isn’t enough to keep this critical data secure.

The first step to any successful data protection plan is a robust backup strategy. Since the databases or cloud platforms that compile voter data are likely to be big targets, government security pros should store copies of that data in multiple locations to reduce the chance that one attack takes down an entire system. Ideally, they should follow the 3-2-1 rule by keeping three copies of data, in two locations, with one offsite or in the cloud.

It’s also important to protect these backups with the same level of care as you would critical IT infrastructure. Backups are only helpful if they’re clean and easily accessible – particularly for a time-sensitive situation like the presidential election, it’s important to be able to recover backed-up data as quickly as possible. The last thing government officials need is missing or inaccessible votes on election day.

The need to protect this data doesn’t end when voting does, however. Government IT pros also must consider implementing a strategy for protecting stored voter data long-term. Compliance with data privacy regulations surrounding voter data is key to maintaining a fair democratic process, so they should make sure to consider any local regulations that may dictate how this data is stored and accessed. Protection that extends after the election will also be important for safeguarding against cyberattacks that might target this data down the line.

Not only could cyberattacks hold voter data hostage, they may also affect how quickly the results of the election can be determined. Voter data that is lost altogether might cause an entire election to be called a fraud. This would have a far-reaching impact on people across America, and our democratic process as a whole. Luckily, this is avoidable with a data protection and ransomware response plan that gets government officials prepared for when an attack happens.