In The Social Dilemma, the Netflix documentary that has been in the news recently for its radical revelations, former executives at major technology companies like Facebook, Twitter, and Instagram, among others, share how their ex-employers have developed sophisticated algorithms that not only predict users’ actions but also know which content will keep them hooked on their platforms. 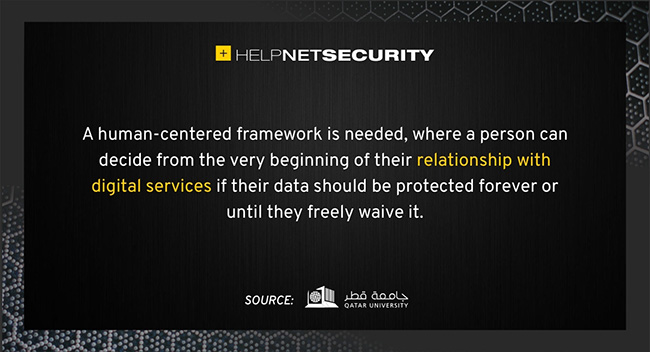 The knowledge that technology companies are preying on their users’ digital activities without their consent and awareness is well-known. But Associate Professor Jon Truby and Clinical Assistant Professor Rafael Brown at the Centre for Law and Development at Qatar University have pulled the curtain on another element that technology companies are pursuing to the detriment of people’s lives, and investigated what we can do about it.

“We had been working on the digital thought clone paper a year before the Netflix documentary aired. So, we were not surprised to see the story revealed by the documentary, which affirm what our research has found,” says Prof Brown, one of the co-authors.

Their paper identifies “digital thought clones,” which act as digital twins that constantly collect personal data in real-time, and then predict and analyze the data to manipulate people’s decisions.

Activity from apps, social media accounts, gadgets, GPS tracking, online and offline behavior and activities, and public records are all used to formulate what they call a “digital thought clone”.

The paper defines digital thought clone as “a personalized digital twin consisting of a replica of all known data and behavior on a specific living person, recording in real-time their choices, preferences, behavioral trends, and decision making processes.”

“Currently existing or future artificial intelligence (AI) algorithms can then process this personalized data to test strategies in real-time to predict, influence, and manipulate a person’s consumer or online decisions using extremely precise behavioral patterns, and determine which factors are necessary for a different decision to emerge and run all kinds of simulations before testing it in the real world,” says Prof Truby, a co-author of the study.

An example is predicting whether a person will make the effort to compare online prices for a purchase, and if they do not, charging a premium for their chosen purchase. This digital manipulation reduces a person’s ability to make choices freely.

Outside of consumer marketing, imagine if financial institutions use digital thought clones to make financial decisions, such as whether a person would repay a loan.

What if insurance companies judged medical insurance applications by predicting the likelihood of future illnesses based on diet, gym membership, the distance applicants walk in a day–based on their phone’s location history–and their social circle, as generated by their phone contacts and social media groups, and other variables?

The authors suggest that the current views on privacy, where information is treated either as a public or private matter or viewed in contextual relationships of who the information concerns and impacts, are outmoded.

A human-centered framework is needed

A human-centered framework is needed, where a person can decide from the very beginning of their relationship with digital services if their data should be protected forever or until they freely waive it. This rests on two principles: the ownership principle that data belongs to the person, and that certain data is inherently protected; and the control principle, which requires that individuals be allowed to make changes to the type of data collected and if it should be stored. In this framework, people are asked beforehand if data can be shared with an unauthorized entity.

The European Union’s landmark GDPR and the CCPA of 2018 can serve as a foundation for governments everywhere to legislate on digital thought clones and all that they entail.

But the authors also raise critical moral and legal questions over the status of these digital thought clones. “Does privacy for humans mean their digital clones are protected as well? Are users giving informed consent to companies if their terms and conditions are couched in misleading language?” asks Prof Truby.

The world is at a crossroads: should it continue to do nothing and allow for total manipulation by the technology industry or take control through much-needed legislation to ensure that people are in charge of their digital data? It’s not quite a social dilemma.