In a world that increasingly relies on digital products, software development is becoming the catalyst for value creation and achieving top-line business results. At each level of industry, innovation is driving productivity. This is particularly true for firms on the technological frontier looking to innovate in response to competition. In many cases, this means developing new software at pace. 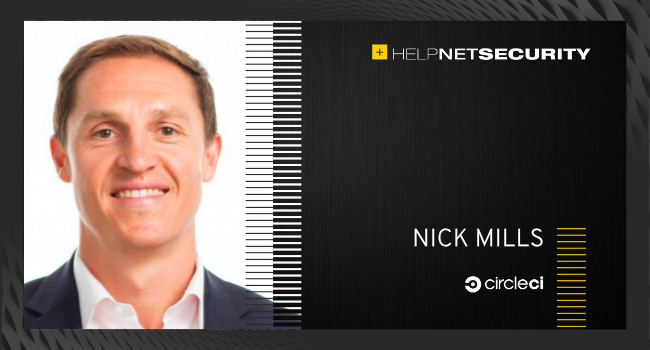 According to Evans Data, the number of developers globally is expected to increase from 23.9 million in 2019 to 28.7 million in 2024. IDC believes that within three years, more than half of Fortune 500 companies’ output will revolve around digital and digitally enabled products and services.

Yet, teams that focus on creating the best possible environment for developers to succeed see meaningful results on their bottom line. A recent report from McKinsey proved that businesses prioritizing developer velocity have four to five times the revenue growth of their counterparts.

Now that companies need developers more than ever, how can they maximize developer productivity, engagement, and business value? How can they take the best of what the industry knows and drive forward together, losing friction and gaining velocity?

Engineering teams need a leader, a Developer Experience Engineer, who ensures developers have the right tools, processes, and environment to maximize productivity and create the greatest business value possible. The DXE is the foundation for engineering team success. They make it easy for developer teams to focus on their highest purpose and generate the highest value by solving, automating, and eliminating the daily toil developers encounter. They are a major unlocking force that boosts teams to new heights.

A DX owner or function isn’t a new idea. Twitter formed an “engineering effectiveness” organization in 2014, and Google has a massive “engineering productivity” team. In many companies, however, the role emerges organically and is growing.

DXEs implement a common set of principles, maintain the right tools, and create cohesive standards that clear the path to developer success. Without them, too many languages, frameworks, engineering styles, and processes can add drag. A drag on developers is a drag on the business. Beyond the expense of wasted developer minutes, low performance can affect overall innovation, execution quality and timeliness, and the customer experience. In fact, it all adds on to the bottom line.

Developers are experts in their domain – they build. They are not necessarily experts in the field of process optimization. Sensibly, they’ll optimize for their own speed (such as choosing their favorite language to write in), but sometimes at the detriment to the velocity of the team. As the number of developers in an organization grows, complexity grows tenfold. The role of the Developer Experience Engineer becomes ever more important to create efficiencies and shared practices between ambitious and energized teams.

Finally, a DXE helps identify and eliminate waste, i.e., the toil involved in maintaining existing software systems. Without DXE, engineers spend time on maintenance instead of building. This is less efficient than having a person with centralized authority do maintenance, allowing developers to write code. Software developer teams can thus spend more time focused on doing what they love with the right processes in place. Leaders in this role have already developed keen strategies for helping their teams find and identify areas for optimizing workflows and eliminating waste.

The DXE is not a gatekeeping role to solve problems in developers’ service. Rather, they help promote good solutions from individual teams and enable standardization where it makes sense to simplify development across services.

The business impact of the DXE: The right questions

How do you know your team needs a Developer Experience leader?

It’s not easy to give a definitive rule as to when the enterprise needs a Developer Experience Engineer — companies have different engineering numbers, skills, experiences, tooling, and processing. Small teams can be united by clear visions and kept on track with perfectly sensible KPIs.

However, as the team grows, and the developer becomes a more critical role in every organization, there is a significant benefit in formalizing the Developer Experience role and consistency in creating and realizing value – as well as properly recognizing the role. For companies, the role helps engineers hit ever-higher rates of development velocity — a key component of business success. For developers, a clear picture of an experienced team and leader signals the investment of an organization that values their work and time.

The case for a Developer Experience Engineer

Opportunities to improve the developer experience:

The DXE and the future

Organizations have tried to solve the issue of developer experience in a variety of ways for decades, but it’s never been more important than now as software has become the dominant force behind every aspect of the economy. The emergence of the DXE as a standard role, with core responsibilities and measures of success, will unleash the power of developers across every type of organization and in every industry.

This promises to supercharge the development team, increasing productivity, efficiency, and the quality of the shipped product. Organizations in the post-pandemic era are making the investment now to ensure they are creating the right environment for their engineering teams to bear fruit.

They are looking to create resilient teams, tools, and infrastructure to combat the next inevitable disruption to the industry. Having the right environment with the right tools and processes in place turns smart engineers into great engineers. It starts with the DXE.