Telia Carrier has announced the findings of a report with a perspective on today’s cyber threats from traffic data. The report investigates changes in attack vector, size and frequency, and reveals a staggering 50% increase in peak attack traffic compared to 2019, with a jump to 1.18 Terabytes per Second (TBps) or 887 Mega Packets Per Second (Mpps). 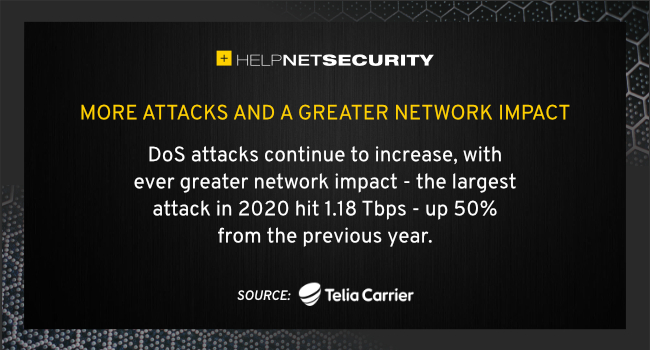 In 2020, a staggering 57 Petabits or 14 tera packets of malicious data have been cleaned. During the same period, the average size of a DDoS attack was 19 Gbps (23 Mpps), with an average duration of 10 minutes. 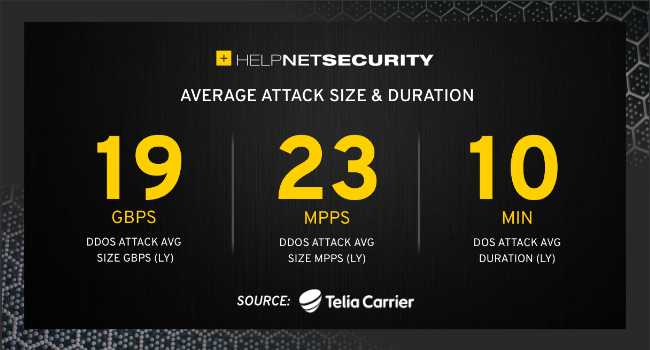 DDoS attacks are up, here are some key details 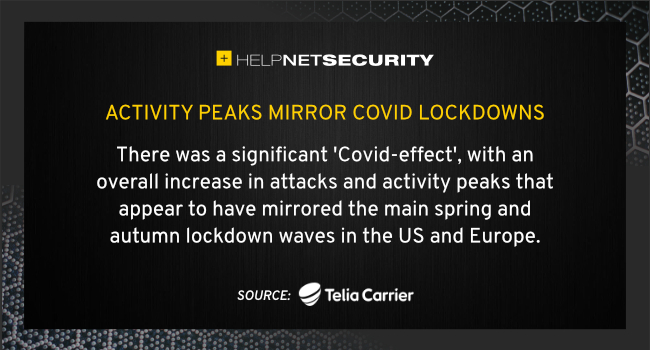 “The rise of carpet bombing as a popular attack vector and a dramatic increase in peak attack traffic are two important reasons why organizations need to move to automatic threat mitigation techniques,” said Jorg Dekker, Head of Internet Services at Telia Carrier.

“The volume and frequency continues to increase, and cybercriminals are using the huge bandwidth available across the internet to target their victims with speed and ferocity from multiple launch points simultaneously. These dynamic and unpredictable attacks are precision planned and automated, so customers must fight fire with fire, by investing in auto-mitigation as they move away from static traffic inspection and mitigation.”