Worldwide server market revenue declined 2.5% year over year to $23.6 billion during the second quarter of 2021 (2Q21), according to the International Data Corporation (IDC). 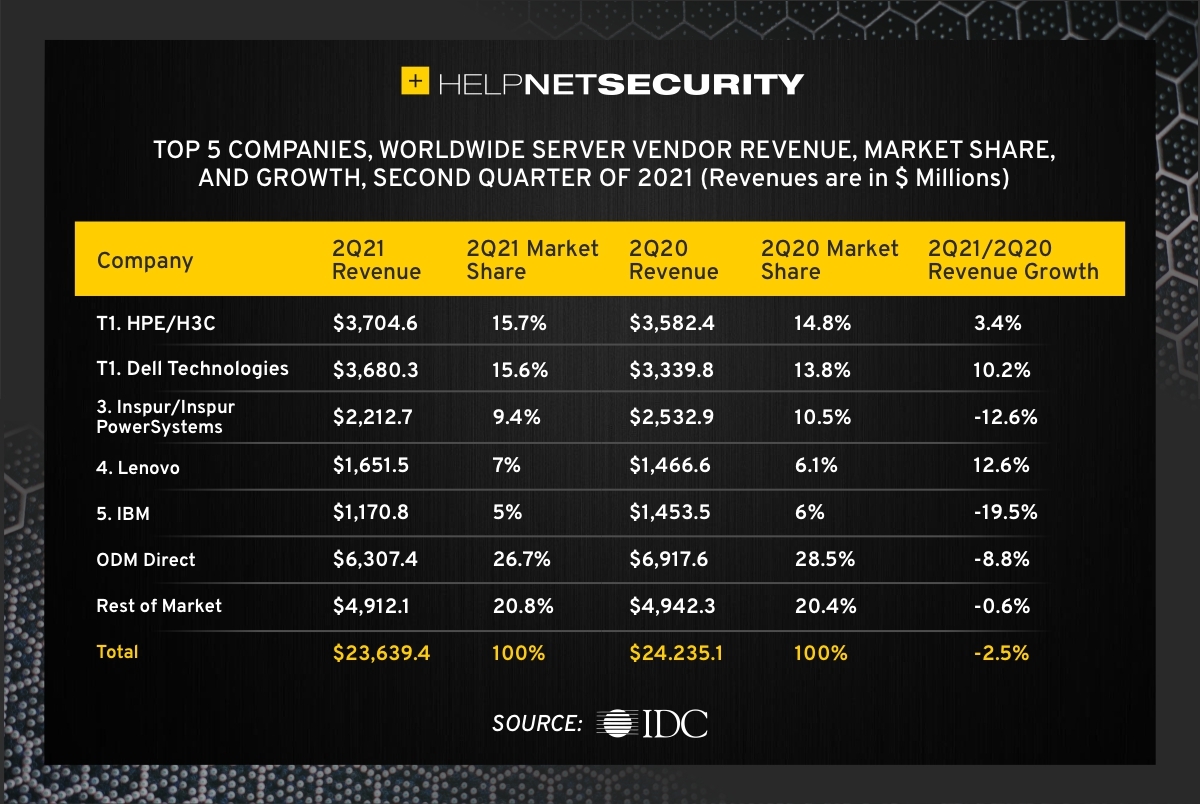 Worldwide server shipments surpassed 3.2 million during the quarter, an increase of just 0.1% over the previous year.

“While servers purchased directly from ODMs declined year over year, some past backlog recovery within the hyperscale datacenter community contributed to a large jump in this segment when compared to the first quarter of this year.”

HPE/H3C ended the quarter in a statistical tie with Dell Technologies for the top position in the worldwide server market. The revenue shares for the two companies were 15.7% and 15.6% respectively.

Inspur/Inspur Power Systems ranked third with 9.4% revenue share. Lenovo was in fourth place while IBM came in at fifth, with 7.0% share and 5.0% share respectively. The ODM Direct group of vendors accounted for 26.7% of total server revenue and declined 8.8% year over year to $6.3 billion while accounting for 32.2% of all units shipped during the quarter. 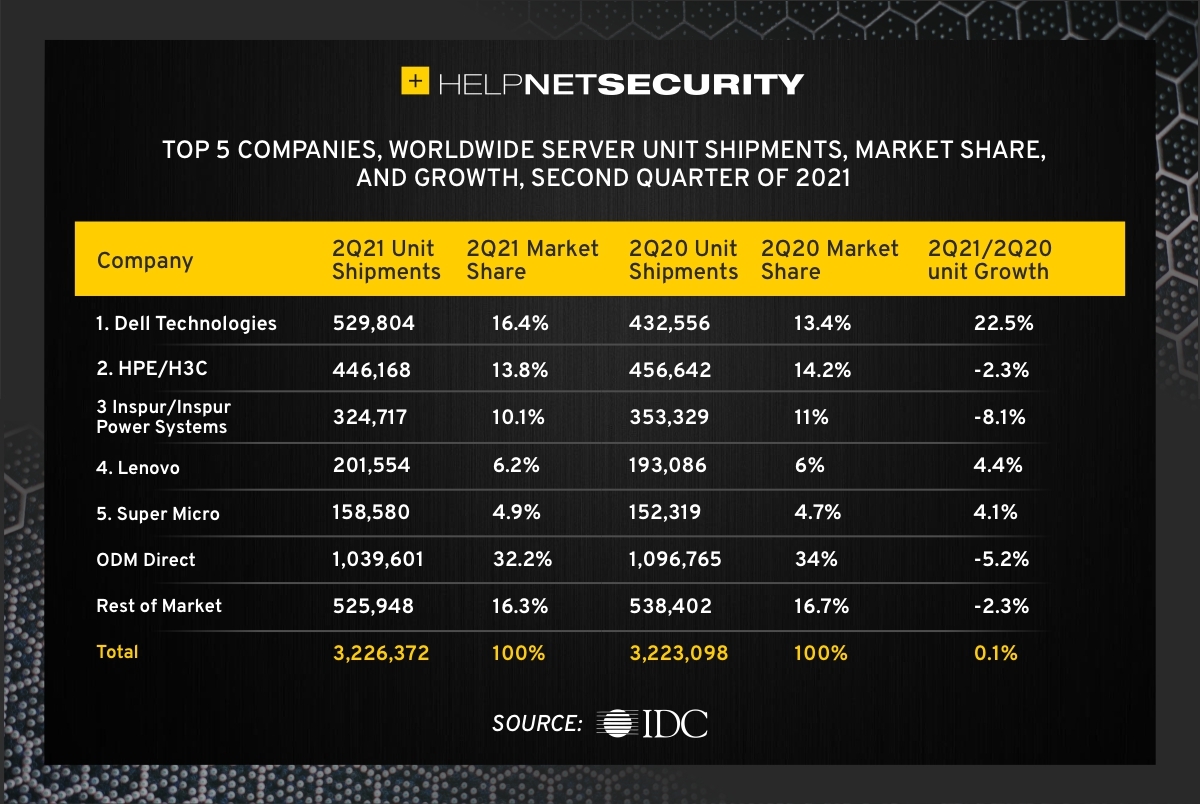 On a geographic basis, Asia/Pacific (excluding China and Japan) revenue was up 8.6% year over year. Server revenue in China grew 3.4% over the previous year, while Japan declined 21.2% year over year.