O’Reilly announced the results of a survey, which revealed that 64% of respondents took part in training or obtained new certifications in the past year to build upon their professional skills. 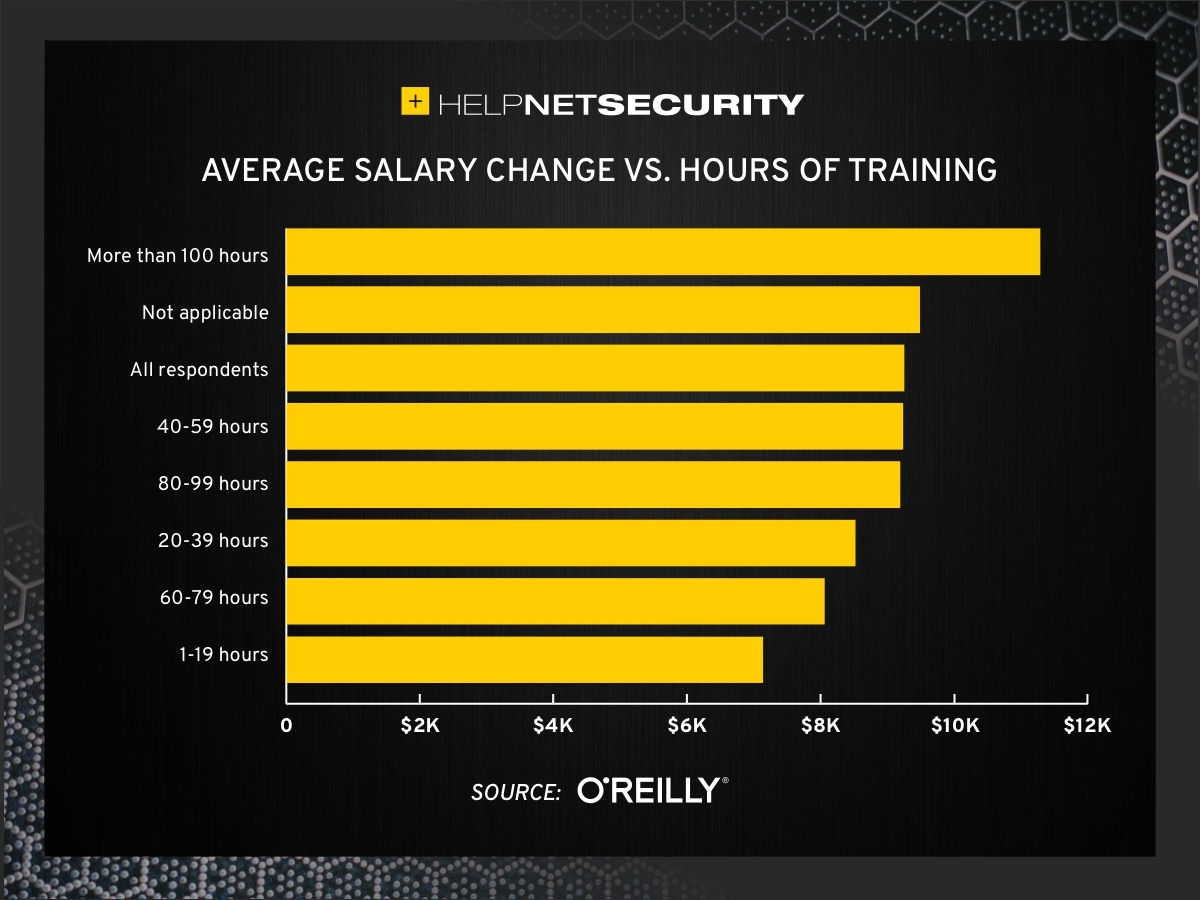 The survey also found that 61% of respondents participated in training or earned certifications to solicit a salary increase or promotion. Despite this, the average change in compensation over the last three years was $9,252—an increase of just 2.25% annually.

Most interested in learning new skills or improving existing skills

Overall, data and AI professionals have a clear desire to learn, with 91% of those surveyed reporting that they’re interested in learning new skills or improving existing skills. The survey revealed that one-third of professionals have dedicated more than 100 hours to training and development, which ultimately led to an average salary increase of $11,000. However, data and AI professionals who participated in one to 19 hours of training only saw an average salary increase of $7,100.

“Data and AI professionals are among the most driven employees when it comes to upskilling. Given the shortage of qualified employees in fields like data science, machine learning, and AI, companies that are serious about building out their workforces must invest in learning and training to grow this talent internally,” said Laura Baldwin, president of O’Reilly.

“With such a wealth of knowledgeable talent and a recovering global economy hungry to fill tech roles in digital work environments, there’s never been a better time to invest in employee learning and reskilling.”

The survey, which polled 3,136 respondents, gathered salary findings based on gender, education level, job title, and which tools and platforms they work on daily. Of note, women’s salaries were significantly lower than men’s salaries, equating to 84% of the average salary for men. This salary differential held regardless of education or job title. For example, at the executive level, the average salary for women was $163,000 versus $205,000 for men (a 20% difference). 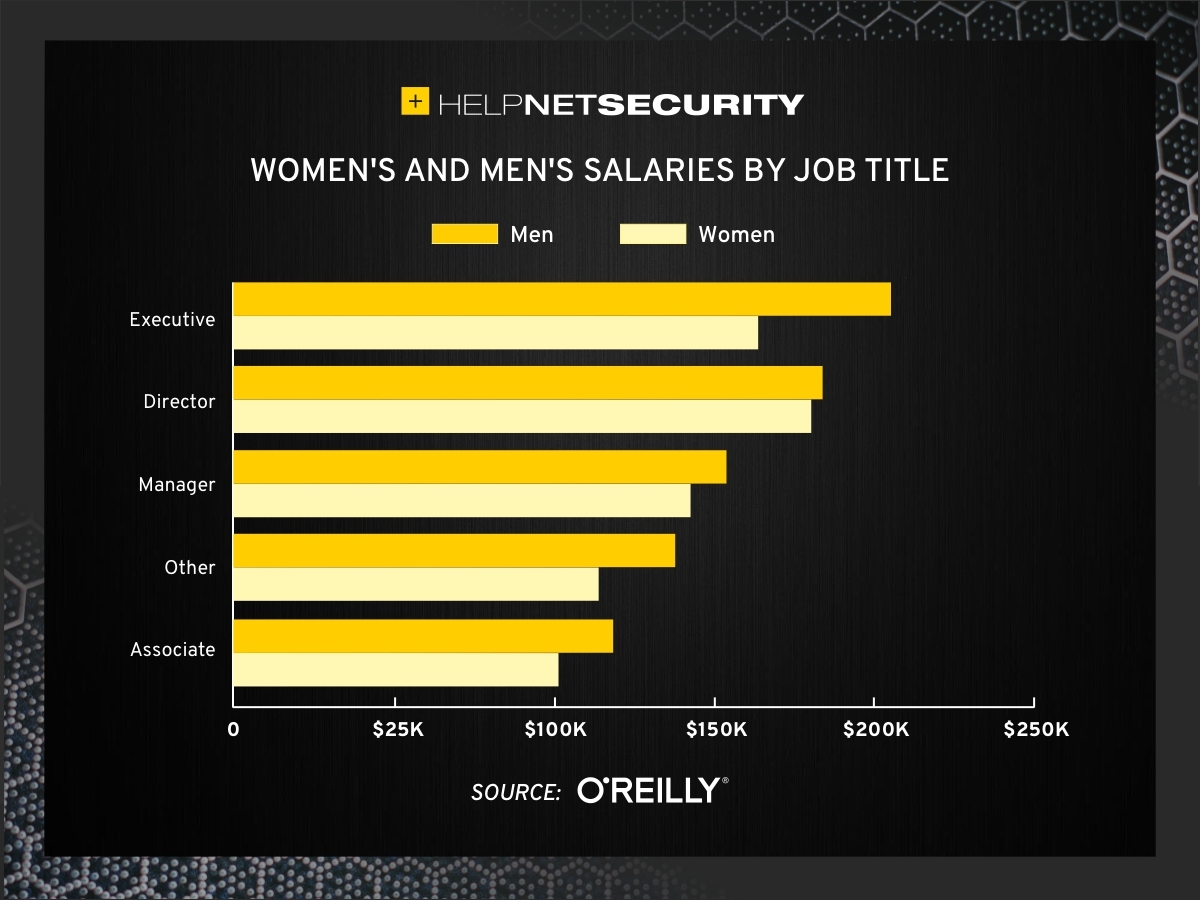 Looking at salary by programming language, the survey found that professionals who use Rust have the highest average salary (over $180,000), followed by Go ($179,000), and Scala ($178,000). While Python was most dominantly put to work among survey respondents, professionals who reported using this language earned around $150,000.

“Our survey reveals just how dedicated data and AI professionals are to advancing their careers through skill development and training. Getting L&D right is crucial for companies to retain and attract top talent in this hot job market,” said Mike Loukides, report author and VP of content at O’Reilly.